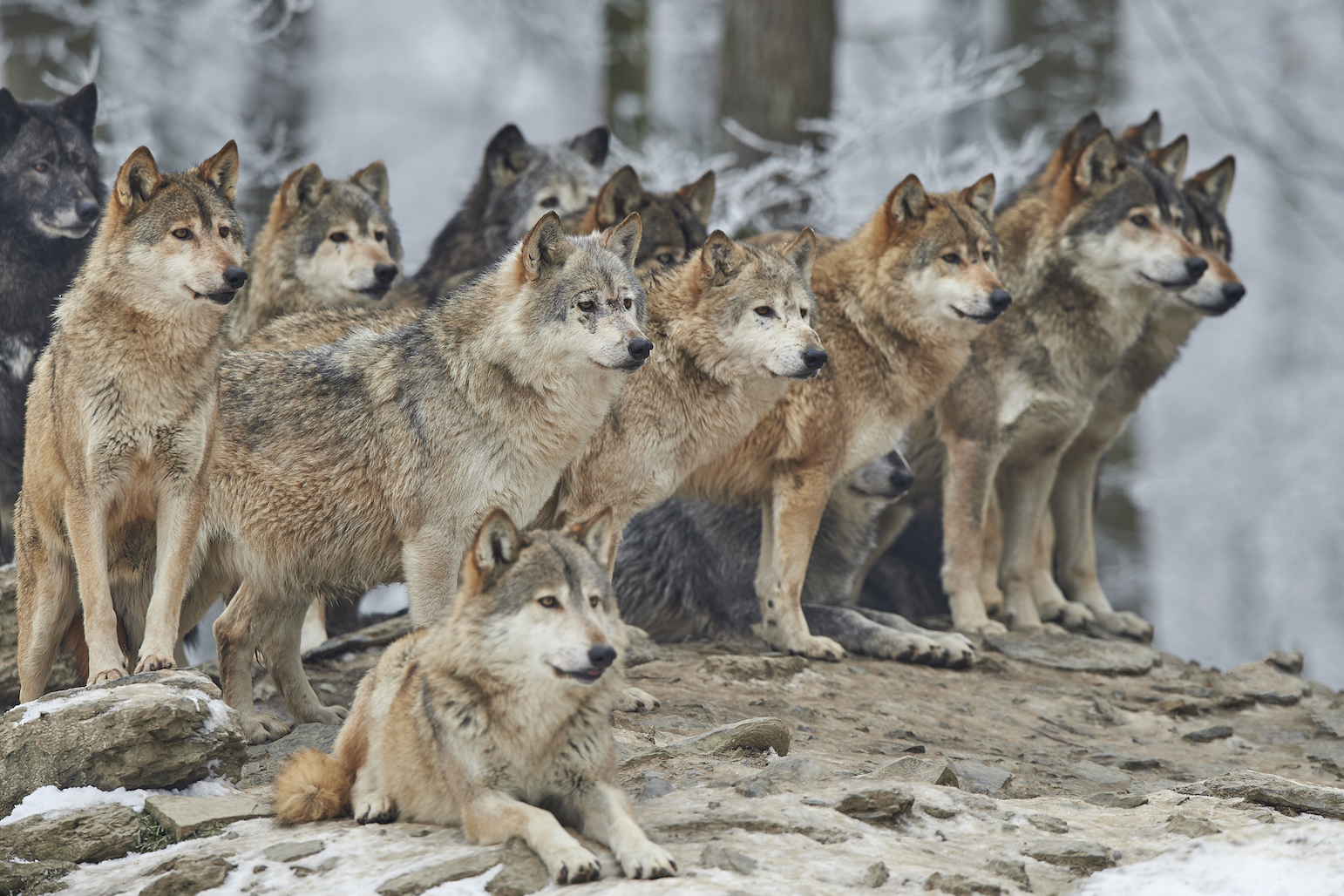 Habitat fragmentation occurs as a result of natural causes such as fire and climate change, and also due to human activity such as agriculture and rural development. This separation of territories reduces biodiversity and disrupts ecosystems. A new study reveals that wolves and other top predators are at a major disadvantage due to habitat fragmentation, and are losing control of smaller predators.

Aaron Wirsing is an associate professor at the University of Washington‘s School of Environmental and Forest Sciences and co-author of the study.

“Our paper suggests it will require managing for top predator persistence across large landscapes, rather than just in protected areas, in order to restore natural predator-predator interactions,” said Wirsing.

Gray wolves historically lived in sprawling, continuous habitats of North America, particularly in western regions of the United States and Canada. Coyotes were scarce in these areas which were dominated by wolves. Over time, rural development divided the wolf populations and their control over coyotes was compromised. The numbers of coyotes in these areas has increased significantly.

The research team also analyzed the relationship between gray wolves and golden jackals in Europe, as well as the connection between dingoes and red foxes in Australia. The results here were the same as in America. As the ranges of the top predators were divided into smaller, more isolated territories, the numbers of the smaller predators surged.

“This research shows that apex predators like dingoes and wolves need large, continuous territories in order to effectively control the balance of their ecosystems,” said lead author Thomas Newsome of Deakin University and the University of Sydney in Australia. “Humans need a greater tolerance of apex predators if we want to enjoy the environmental benefits they can provide.”

The only areas in North America where wolves still have territories large enough to thrive are in northern Canada and some parts of Alaska. As a result of successful conservation efforts, wolf populations are on the rise in areas such as Yellowstone National Park and the northern Rockies. However, their presence is too isolated in these regions to regain control of coyotes and smaller predators.

The authors of the study suggest conservation efforts should be approached in a more effective manner. They believe that connecting landscapes and blending populations together is the best way to allow top predators “to play their historical roles.”

The researchers mapped the historical ranges of the top predators and small predators to see where they overlapped. They confirmed that the top predators such as wolves and dingoes were only able to control their smaller counterparts when they existed in large numbers on vast territories.

The disruption of wolves’ habitats is not the only reason coyotes are appearing all over North America. Coyotes can live anywhere, and have even been spotted in cities such as Chicago.

“Coyotes have essentially hitched a ride with people,” Wirsing said. “Not only do we subsidize coyotes, but we also helped them by wiping out their predators.”

The researchers plan to expand upon this study by evaluating the other species of animals that are in direct competition with each other.

“It will be interesting to see the influence of large predators on smaller predators in other parts of the world, especially the role of the big cats such as jaguars, leopards, lions and tigers,” said co-author William Ripple of Oregon State University.