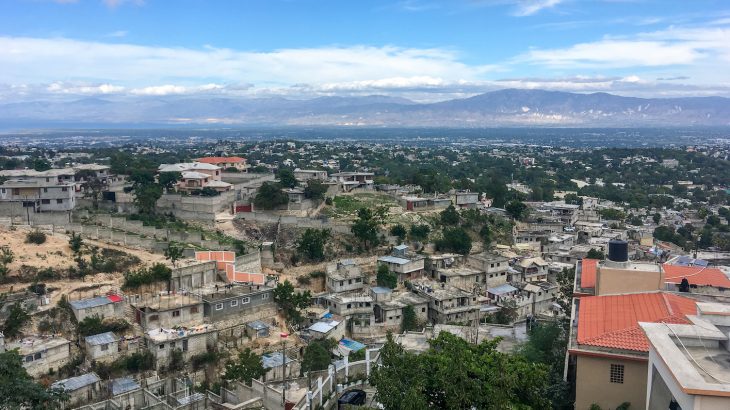 A 5.9 magnitude earthquake struck near Haiti on Saturday night October 6th. The United States Geological Survey (USGS) reported that the epicenter of the earthquake was about 12 miles northwest of the city of Port-de-Paix at a depth of about seven miles.

Port-de-Paix is about 136 miles from Haiti’s capital of Port-au-Prince and was the hardest hit.

According to CNN, at least 12 people were killed by the earthquake and 188 were injured and are being treated in nearby hospitals.

The damage from the earthquake caused power outages and even prevented hospitals from admitting wounded patients in need of care.

Now, the hospitals in the area are still struggling to cope with the overflow of people, according to a report from Al Jazeera.

“There was no electricity here, so we couldn’t receive the huge numbers that came last night,” Paul Miclaude, a doctor working in the emergency room, told the Agence France-Presse news agency. “It was really difficult for us to send them to another hospital. With time running out, some died here.”

No tsunami warning was issued following the quake and two minor aftershocks were felt in the aftermath, but luckily did no further damage.

Both the Prime Minister Jean-Henry Céant and Haiti’s President, Jovenel Moïse, have responded to the quake and Moïse visited the city of Port-de-Paix on Sunday,

The Prime Minister is working with a crisis team to ensure that emergency responses target the areas most in need, according to CNN.

“Damage has been recorded mainly in the Far North. All my sympathies to the victims,” Céant tweeted. “The executive at the highest level is mobilized to provide appropriate answers. I call on the population to be cautious and calm.”

Haiti is still recovering from the disastrous 2010 earthquake that displaced thousands and killed an estimated 220,000 to 300,000 people.