Healthy eating success may rely on a positive attitude • Earth.com 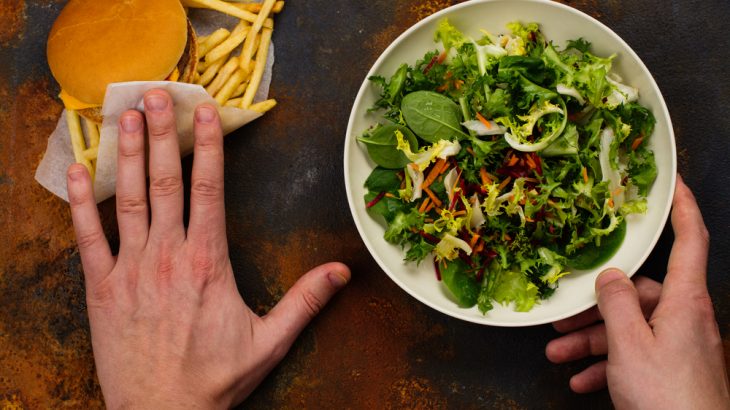 Healthy eating success may rely on a positive attitude

If healthy eating is your goal, you may want to pay attention to one key ingredient. Nope, that’s not carbs or fat – it’s attitude.

A new study by researchers at the University of East Anglia found that motivation and an upbeat perspective were linked to better success in sticking to a healthy, nutritious diet.

The study took a close look at the effects of motivation – especially in seeking out nutritional information and dietary advice, on maintaining healthy eating – on 1,125 participants in Taiwan. Participants were asked about their diet, nutrition involvement and knowledge, and when and why they adjusted their diet.

Researchers found that there are two driving forces behind most people’s focus on nutrition: promotion, or seeking out positive benefits, and prevention, or working to avoid negative consequences.

“The higher aspirational levels of promotion focused consumers will lead to greater involvement with nutrition to enhance their well-being,” lead author Dr. Kishore Pillai said in a press release. “While both promotion and prevention focused individuals will be motivated to maintain good health, the former are more likely to employ approach strategies such as nutritional involvement.”

The researchers found that promotion-focused participants were more involved in their own nutrition. They didn’t stop at just healthy eating. They sought out new information and advice from medical professionals, friends and media, and adjusted their diets as necessary.

In contrast, those focused on avoiding negative consequences were less invested in learning about nutrition and health.

High-income participants and women were more likely to be promotion-focused, they found. However, men saw greater effects when they kept a curious, proactive attitude toward healthy eating.

“Given the problems of obesity and illnesses directly linked to unhealthy eating habits, the direct effect of nutrition involvement on dietary behaviours demonstrated in this study underscores the importance of investing in efforts to promote nutrition involvement from a public health policy perspective,” Pillai said.

The study has been published in the journal Appetite.