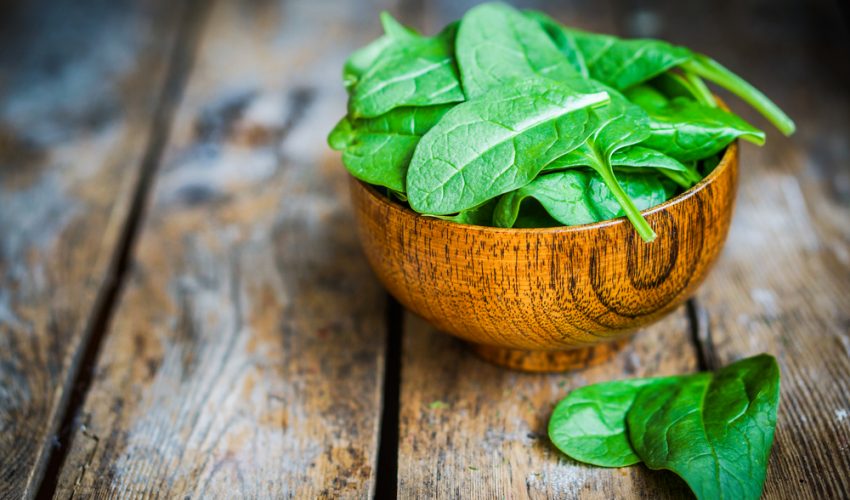 Need more proof spinach is good for your heart? Scientists may have figured out a way to “hack” one of the toughest issues in repairing damaged organs. Researchers have used spinach leaves to provide a framework to grow new heart tissue.

“Despite significant advances in the fabrication of bioengineered scaffolds for tissue engineering, delivery of nutrients in complex engineered human tissues remains a challenge,” the research team wrote in the new study. “By taking advantage of the similarities in the vascular structure of plant and animal tissues, we developed decellularized plant tissue as a prevascularized scaffold for tissue engineering applications.”

In layman’s terms, the veins in a spinach leaf has provided a sort of template for human heart tissue.

While scientists were able to create human tissue with 3-D printing and other technologies already, organ tissue has presented a larger challenge. Namely, scientists’ are unable to create the delicate vascular network needed to support it, said graduate student Joshua Gershlak, lead author of the paper.

“Techniques can’t fabricate microvasculature the way that the body needs it,” Gershlak said in a video that the Worcester Polytechnic Institute research team released to share their work. “Without that microvasculature, you lose that oxygen transport. So as you build a bigger and bigger graft, say for like a heart attack on a human, you’re going to need something fairly large. So without that vascular network, you get a lot of tissue death.”

That’s where the spinach leaves come in.

According to Dr. Glenn Gaudette, who also worked on the research project, the scientists take the spinach leaves and use a detergent to remove all of the plant material while leaving the vascular structure intact.

Then, they seed the structure with human cells, he said. As the human cells grow into cardiac muscle, they can be stacked, and the veins can, in theory, be attached to existing veins in the heart, Gaudette said.

“These data demonstrate the potential of decellularized plants as scaffolds for tissue engineering, which could ultimately provide a cost-efficient, ‘green’ technology for regenerating large volume vascularized tissue mass,” the researchers wrote.

The full study will be published in the May issue of the journal Biomaterials.