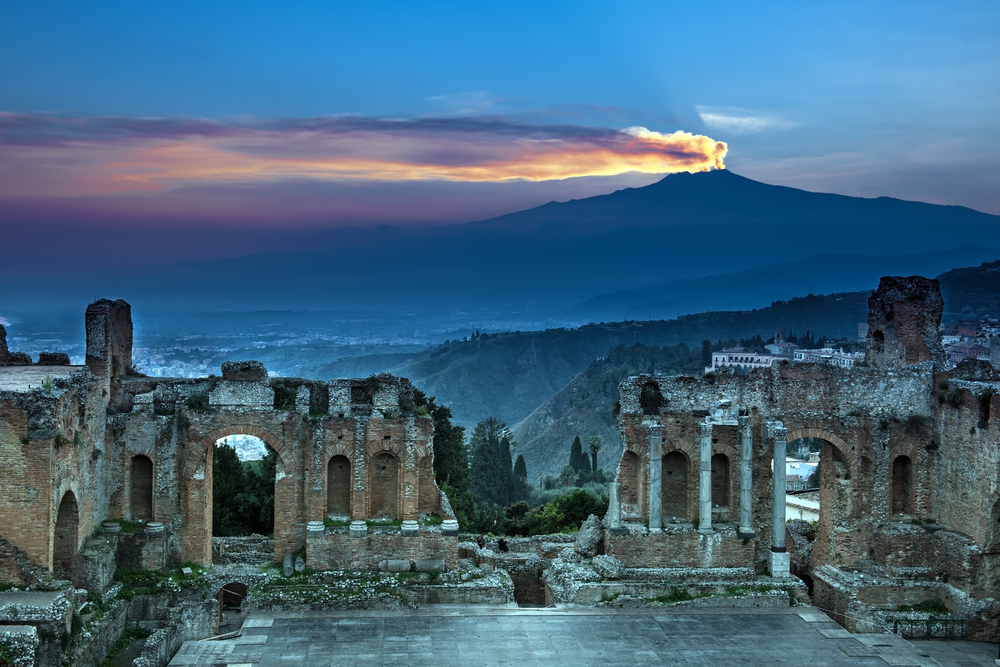 Sicily is known for its unique history, the swath of cultures that have shaped its food, literature and arts – and, of course, Mount Etna.

The iconic active volcano has lured tourists to take in Sicily’s natural beauty for decades, and caused havoc for local settlements for centuries. It’s one of 16 “Decade Volcanoes” selected by the International Association of Volcanology and Chemistry of the Earth’s Interior for more focused study, due to their history of violent eruptions and the location of nearby cities and towns.

But Mount Etna may owe its iconic cone to more than just centuries of eruptions, a new study found.

The study, by Dr. Iain Stewart of the University of Plymouth, looked at geological changes at Mount Etna over the past 130,000 years. The volcano switched from a shield volcano to a cluster of stratovolcanoes during that period, he said.

“Previous geological studies infer that the switch reflects a tectonically-driven rearrangement of the major border faults that direct the Etnean plumbing system,” Stewart wrote in his paper, published in the journal Episodes.

Stewart, however, believes that the forces that shaped Mount Etna were external, not internal – at least partially.

“Mount Etna is arguably one of the most iconic volcanoes on the planet, but 100,000 years ago there would have been no cone-like structure such as you see today,” Stewart said in a press release.

The structural changes at the volcano were abrupt, he said, and coincided with a period of abnormally high sea levels in the Mediterranean. Stewart believes that the sea level rise may have played a role in Etna’s shifting geology.

The high seas may have also had a hand in similar shifts at Stromboli, another Sicilian volcano, and a volcano on Montserrat in the Caribbean, Stewart said.

Another new study, released in the Bulletin of Volcanology on March 23, found that Mount Etna is moving toward the sea. That could add more weight to his belief that ocean waters can influence volcanoes, Stewart said.

“For me, the fact that Etna’s dramatic switches in eruptive behaviour coincide with past abrupt changes in ocean levels implies that Etna’s antics are at least in part orchestrated by fluctuating waters of the Mediterranean Sea,” he said in the news release.