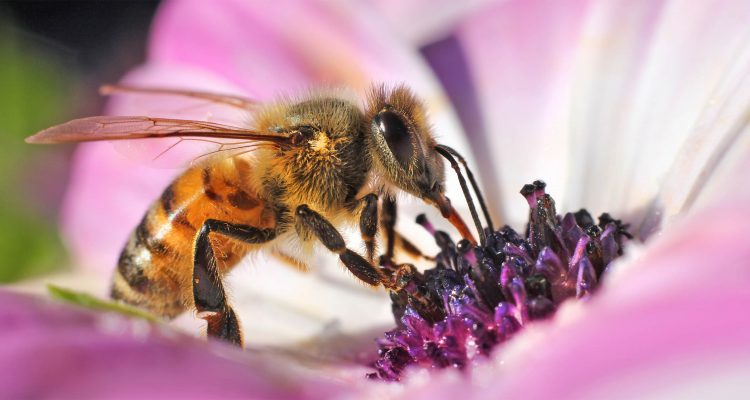 These afflictions carried by invasive species threaten global honeybee populations, a recent study reports. In 2015, USDA tracking of bee populations showed a big drop in the rates of colony collapse disorder (CCD) for the first time since 2006, after a slow rise in bee populations over several years. In the winter of 2014-15, hive loss dropped from an average of 28.7 percent to 23.1 percent, according to the U.S. Environmental Protection Agency.

The exciting trend seemed to show that beekeepers were beginning to gain ground on CCD, a constellation of threats including mites, new diseases, pesticide poisoning and other stressors. CCD doubled the rate of commercial hive loss, wiping out about a third of beehives each year.

These efforts appeared to be paying off, but the threat of new diseases may be undoing progress. A new study has found honeybees threatened by disease caused by invasive species and spread by Varroa mites.

Purnima Pachori of the Earlham Institute used bioinformatics technology to separate the virus’ genetic code from the host, isolating it in the wasps, honeybees and Varroa mites. Gideon Mordecai of the Marine Biological Association identified the virus.

The researchers say discovery of the virus that is potentially dangerous to bees underlines the need to check invasive species carefully for viruses and illnesses that could threaten native species. That way, new viruses can be monitored and controlled before they spread beyond the host species and threaten pollinators or other species that are vital to the ecosystem.

While Moku was so far found only in Hawaiian honeybee populations, it’s yet another threat to bees that are again in sharp decline all over the U.S. Between April 2015 and April 2016, beekeepers reported a huge spike in hive loss – an average of 44 percent, according to the annual USDA and Apiary Inspectors of America survey. They also reported that summer losses matched winter hive collapse, a dangerous new trend.

Varroa mite infestations – the parasite identified as the probable carrier of Moku between wasps and honeybees – are the probable cause of most of the hive losses in that time, survey organizers believe.