How house mice made themselves a part of human life • Earth.com 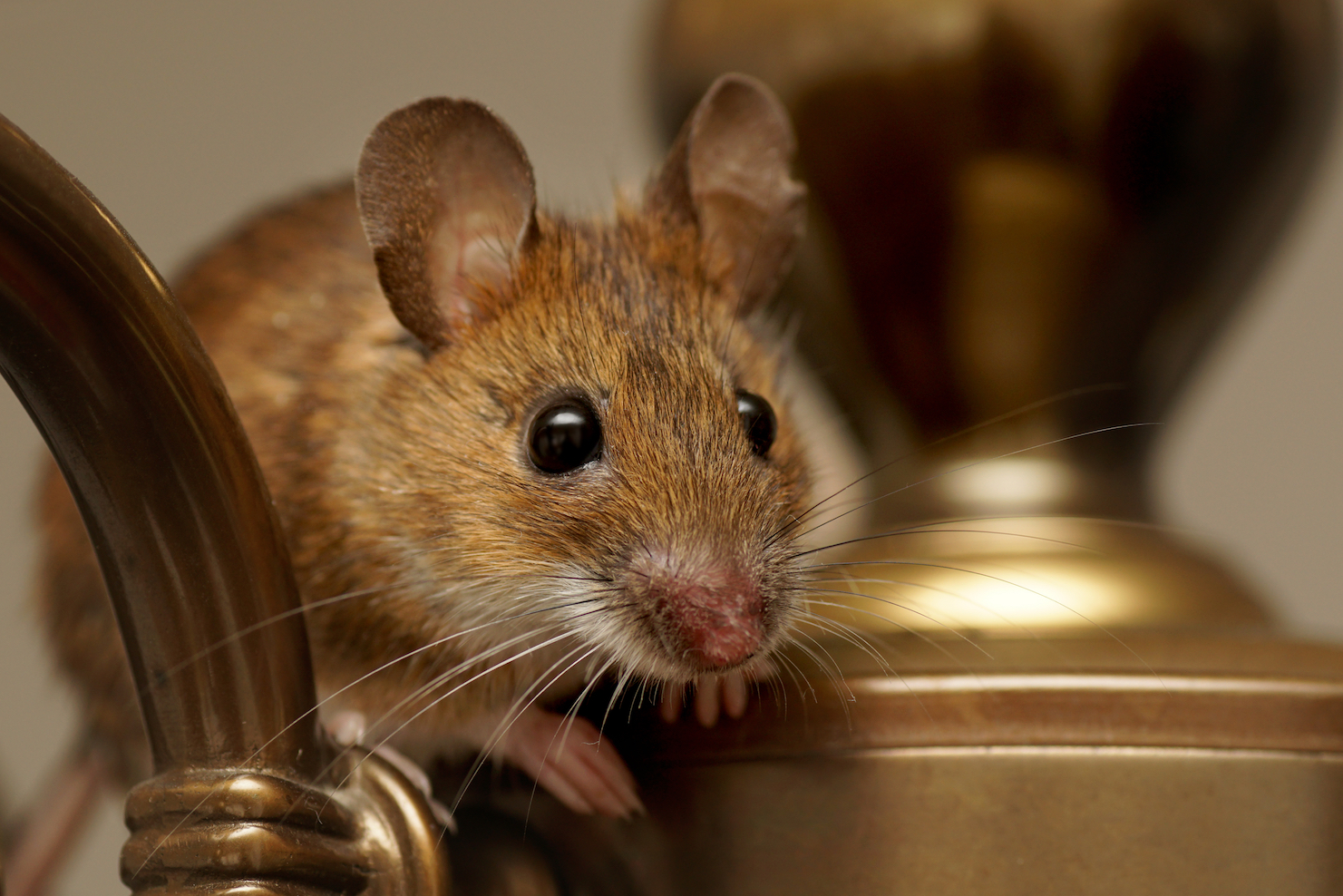 How house mice made themselves a part of human life

“Not a mouse stirring,” says a sentinel in the first act of Hamlet when one of his confreres asks what he observed during his shift.

Until very recent times, with the advent of rodenticides and modern pest control, his experience would have been a rare one. The house mouse (Mus musculus), that clever and pestilent rodent, has trailed humankind since even before the dawn of agriculture.

This commensal relationship has benefited the mouse and bedeviled generations of farmers and homeowners. These little evolutionary geniuses have been transported to nearly every landmass inhabited by humans. Even the sub-antarctic Antipodes Islands haven’t been spared the invasion—New Zealand is currently trying to eradicate them there, as they have devastated native seabirds and insects. In turn, the house mouse has, indirectly at least, been advantageous to humans as well. The domesticated house mouse has become a model species in medical experimentation and studies on mice have facilitated numerous medical breakthroughs that have benefited our species as a whole.

By 500,000 years ago, the house mouse had begun to diverge into discernible subspecies whose dispersals have been traced across the globe. Archaeological studies of mouse remains found in human settlements, as well as genetic studies of contemporary populations, have elucidated their migrations—and those of humans as well. The relationship between mice and humans has been characterized as synanthropic, a term derived from the Greek syn, meaning “together with” and anthropos, meaning “man.” Indeed, like man, mouse has achieved worldwide dominance.

The sometimes convoluted routes that these creatures took in colonizing the Earth are fascinating. Long thought to have begun associating with humans at the dawn of the Neolithic Age some 12,000 years ago, when humans first began intensive agricultural efforts, a recent study suggested that in fact house mice began trailing their human providers some 3,000 years earlier.

During this period, humans alternated between periods of sedentary existence, during which grains and other foodstuffs were stored, and more migratory habits. The study demonstrated that M. musculus domesticus cohabited with sedentary humans some 15,000 years ago. The remains of a related species, M. macedonicus, were more prevalent at sites used by migratory peoples in the Levant, while those used by more sedentary populations of the same era revealed far more M. musculus domesticus bones. This disparity was interpreted as an indication that the more anthropophobic M. macedonicus avoided larger settlements while the house mouse was drawn to them.

By the time that agriculture was in full swing, the three major subspecies had established themselves in different parts of the world. M. musculus domesticus, which had emerged in the steppes of Pakistan, radiated into the Fertile Crescent, the so-called cradle of civilization. This subspecies eventually came to dominate in western Europe. M. musculus musculus, the major subspecies in northern India, spread into China and other parts of central Asia. And M. musculus castaneus of Bangladesh took over in southeast Asia. Another subspecies, M. musculus bactrianus remained in southern India.

One of the more intriguing relics of the spread of domesticus was the mandible of a mouse found in a shipwreck off the shore of Turkey, encrusted in oxidized copper from ingots in the cargo. This strongly supports the notion that trade flowing through the Mediterranean was a key factor in dispersing mice into western Europe. At around the same time, M. musculus musculus followed Chinese traders and colonized Russia and eastern Europe. Their overlap is still discernible as a hybrid zone along the German border.

From Europe, the radiation of the various subspecies closely followed those of colonial enterprises in North and South America, southern Africa, and the Antipodes, New Zealand and Australia. Though Vikings are known to have at least briefly colonized North America, and likely brought mice with them, their murine legacy is not apparent on that continent. A study of Viking mouse dispersal that included Greenland, Iceland, and Newfoundland established the Viking genetic legacy in Greenland alone. There, musculus predominates, suggesting a continuum between modern and Viking populations of mice. However, the mice of Newfoundland and Iceland come from the domesticus line, suggesting that those populations were introduced by later traders or settlers from western Europe. So it is with the rest of North America.

The East Coast and most of the rest of the United States appear to be exclusively inhabited by domesticus mice brought by European settlers beginning in the 15th century. The same is true of Australia. The one exception in North America is a small area of California. There, mice from the castaneus strain of East Asia predominate, testifying to the heavy immigration of people from Asia in this part of the country.

The house mice of Japan and New Zealand have yet more complex histories. In Japan, the mice were long thought to be a separate species or subspecies, molossinus. However, genetic analysis has determined that they are hybrids of the musculus and castaneus groups, a relic of the trade between that country and the rest of Asia. New Zealand mice contain DNA from all three major subspecies, an indication of its proximity to Asia and its close connections to Europe.

So it is that these tenacious commensals provide a record of our own colonization of the planet. When you hear a mouse stirring in the night, or find its droppings on the floor in the morning, just think: its ancestors, like ours, came from distant shores.