How did color patterns evolve in frogs and toads? • Earth.com 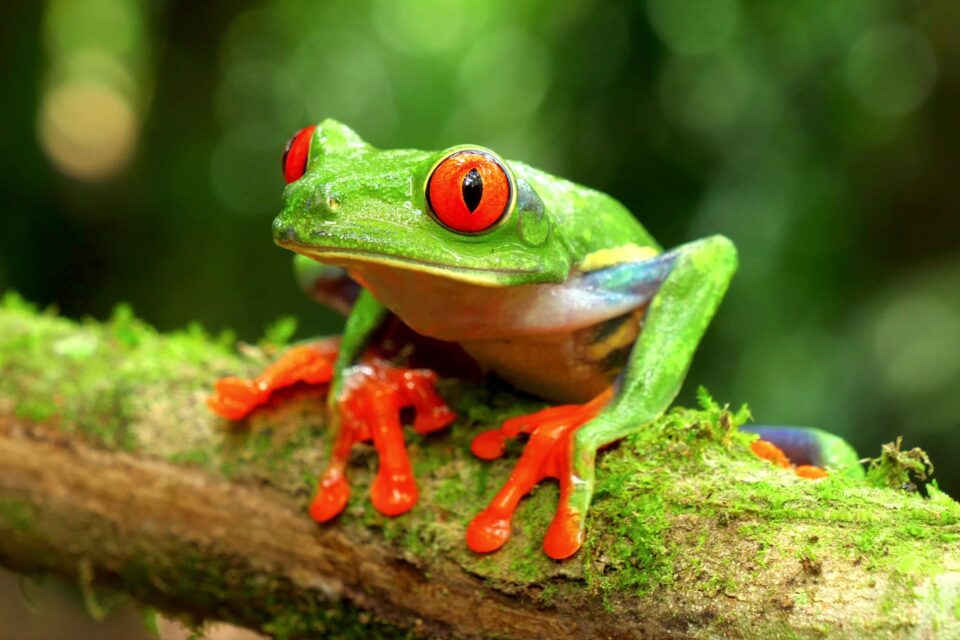 A team of scientists led by the New York University Abu Dhabi (NYUAD) has recently shed more light on the evolution of color patterns in frogs and toads – a group of animals collectively known as anurans, which often have specific color patterns that help them camouflage, and thus avoid detection from preys or predators. For instance, many anurans have a light stripe along their backs that, when observed from above, creates an optical illusion that the animals are split in two halves and thus confuses visually-oriented predators.

By completing a broad-scale comparative analysis of over 2,700 species of anurans, the scientists found that the vertical stripe has evolved hundreds of times and was selected for in terrestrial habitats where visual predators, such as birds or mammals, which are coming directly from above, are more prevalent. By contrast, this pattern was often lost in arboreal lineages, since it may have proven disadvantageous to tree-living frogs.

To clarify the genetic basis of this pattern, the researchers focused on the Ethiopian grass frog species Ptychadena robeensis, which is polymorphic, meaning that it presents the vertebral stripe trait in multiple forms (wide, thin, or absent). They discovered that a gene called ASIP is linked to the stripe patterns, with a higher expression of this gene leading to a wide stripe and a lower expression to a thin one.

By comparing the genes of closely related frog species, the experts found that, although they present the same stripe patterns, they do not share the genetic variation present in P. robeensis, leading them to the conclusion that the stripe alleles found in P. robeensis evolved rather recently.

“Our findings establish that the vertebral stripe in frogs and toads holds a great potential in the field of evolutionary biology as it represents a clear example of repeated evolution,” said study lead author Sandra Goutte, a research associate in Evolutionary Genomics at NYUAD. “Studying this color pattern in other species can thus help us understand to which extent evolution predictably employs the same molecular paths when identical phenotypes evolve under similar selection pressures. The identification of ASIP’s role in the coloration of anurans by our team can also guide future comparative studies across vertebrates,” she concluded.