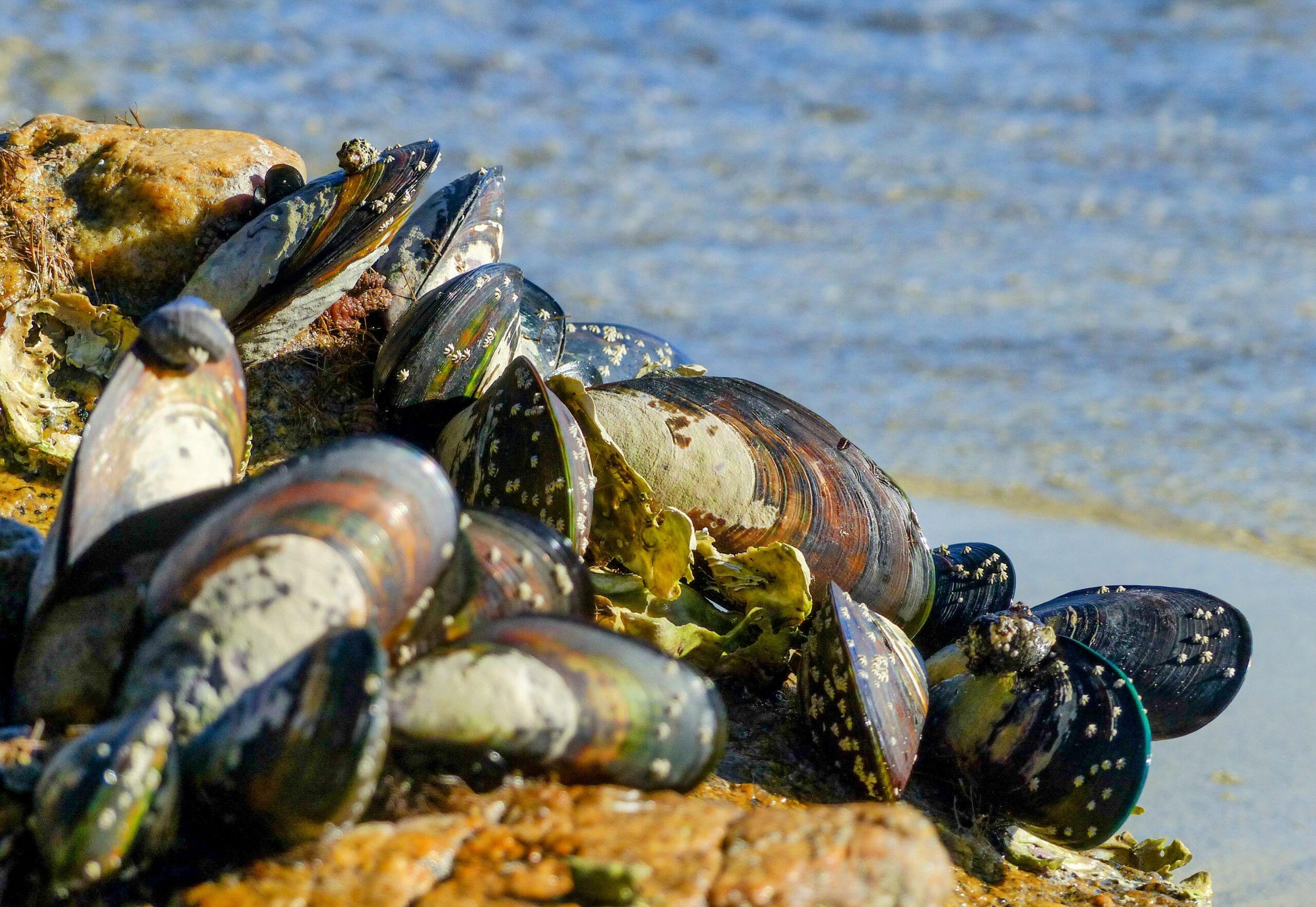 How do mussels make underwater glue?

Blue mussels (Mytilus edulis) inhabit intertidal zones and spend their lives clinging to the rocks for dear life. In the face of considerable wave force and alternating submersion and exposure, these mollusks manage to manufacture an adhesive that successfully sticks them to the rocks.

Scientists have long been interested in the composition and properties of this glue. There are many instances where effective adhesives are needed for use in wet environments, such as surgical and dental procedures. After ten years of research into the topic, an international research team led by McGill University has identified the cellular mechanisms by which mussels make their underwater adhesive.

Study first author Tobias Priemel, a PhD student in the Harrington Lab, has been working on this research for the past seven years, originally as an MSc student in Germany.

“The specific mechanism by which mussels produce their adhesive has been shrouded in mystery until now because everything occurs hidden from view inside the mussel foot,” said Priemel. “To understand the mechanisms involved, we applied advanced spectroscopic and microscopic techniques and developed an experimental approach that combined several advanced and basic methodologies from across biochemistry, chemistry, and materials science.”

The scientists discovered that there are micron-sized channels within the muscular foot of the mussel. These channels, which range in diameter from 1/10 to the full width of a human hair, convey small packets (vesicles) of active ingredients that are released by the mussel’s cells. The active ingredients are distributed down to the distal areas of the byssal threads, the hair-like structures that join the mussel’s body onto the substratum.

While some of the vesicles contain condensed fluid proteins, others store metal ions of iron and vanadium, absorbed from the seawater. Just as in modern adhesives, these two components must not mix until just before use. In mussels, the metal ions are slowly released and come into contact with the fluid proteins, in a carefully timed process that results in the eventual hardening of the proteins into a solid glue.

The researchers were particularly interested in the way in which the metal vanadium is used in this process. The accumulation and use of vanadium is rare in living organisms and it is important to determine the exact role that this chemical element plays in the hardening of the glue. This will be an area of future investigation for the team of researchers.

“Mussels can make their underwater adhesive within 2-3 minutes by mixing metal ions with the fluid proteins,” explained study senior author Professor  Matthew Harrington. “It’s a matter of bringing together the right ingredients, under the right conditions using the right timing. The more we understand about the process, the better engineers will later be able to adapt these concepts for manufacturing bio-inspired materials.”