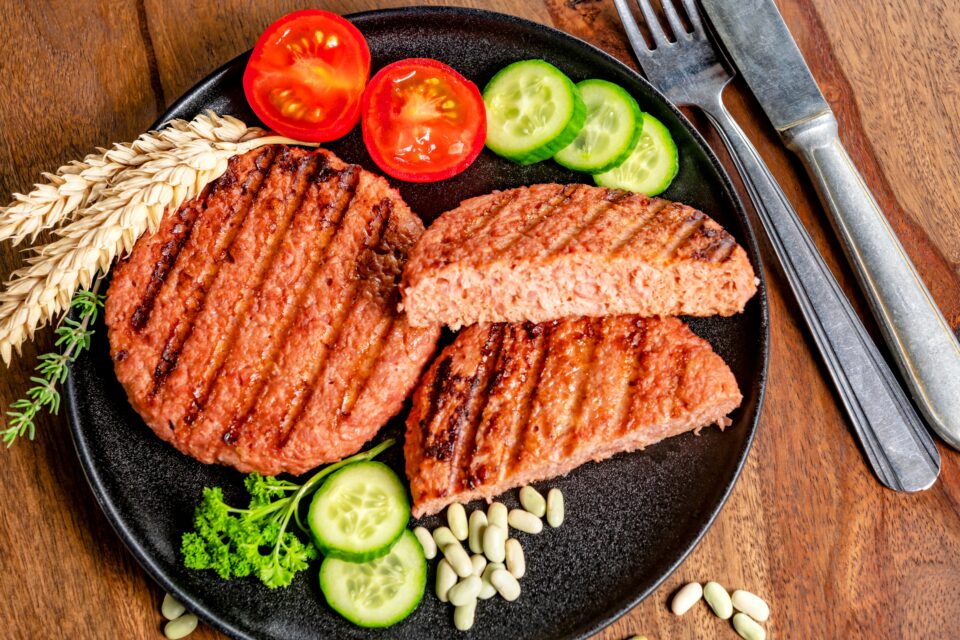 The health benefits of eating a balanced, plant-based diet are being discussed more and more frequently in scientific literature, as the number of people embracing meat-free diets increases. In addition, plant protein is now used to create alternatives to meat that resemble anything from fried chicken strips to burger patties. The production of these substitutes does not harm any animals and gives rise to less greenhouse gases, which makes it more environmentally friendly. However, it is not known whether human cells absorb plant- and animal-derived proteins equally well.

In a study published by the American Chemical Society, a team led by Osvaldo Campanella from The Ohio State University and Da Chen from the University of Idaho tested whether human cells can absorb similar amounts of digested proteins from a model meat alternative as they can from a piece of chicken. Previous research has shown that plant-based substitutes do not break down into their constituent molecules as easily as animal meats do during digestion, but the researchers aimed to test the extent of protein absorption as well.

Plant-based meat substitutes are manufactured to look and feel like animal meat. To achieve this, the plants are dehydrated and ground into powder form. They are mixed with spices, heated and moistened, before being pressed through an extruder to achieve the desired texture and appearance. They are usually considered to be healthier than animal meats because they contain less saturated fats but have a comparable level of protein.

The researchers made a model meat alternative out of soy and wheat gluten, using this extrusion process. Both these plant seeds are considered to be sources of quality proteins and when they are pressed out of an extruder they take on a texture that is very similar to that of chicken. When cut open, the material has long fibrous pieces inside, just like chicken.

Cooked pieces of chicken meat, and of the substitute plant-based product were then ground up in the lab and mixed with an enzyme that humans use to digest proteins. Proteins are very long molecules and enzyme action during digestion breaks them down into smaller fragments known as peptides.

The tests showed that meat-substitute peptides were less water-soluble than those from chicken, and they were also not absorbed as well by the human cells. This means that, despite the fact that plant foods may contain sufficient protein to start with, the proteins may not be broken down and absorbed adequately in the human digestive system.

The researchers say the next step is to identify other ingredients that could help facilitate the peptide uptake from plant-based meat substitutes, in the same way that vitamin C has been shown to boost iron uptake.

The research was funded by the College of Food, Agricultural, and Environmental Sciences at The Ohio State University. The study is published in the Journal of Agricultural and Food Chemistry.