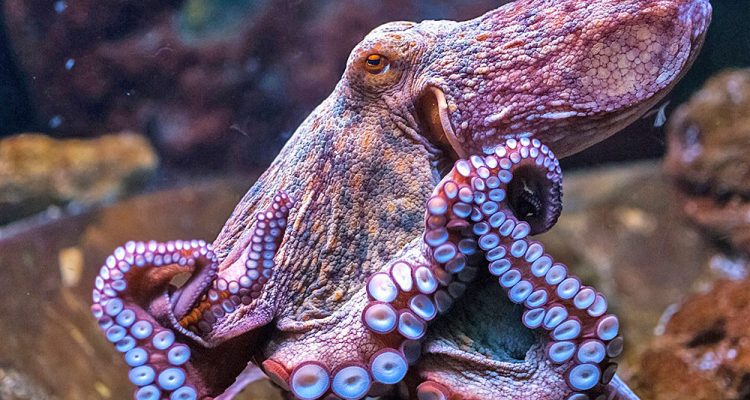 Human evolution from aquatic ancestors is heavily documented and supported by evidence found in fossils. We know that our fishy forefathers used their limbs to move into the shallows and then up onto land, eventually evolving into four-legged vertebrates.

Until recently, we have not studied how we came about seeing in the air. Vision in air is very different from seeing underwater – experts say it’s much easier than seeing in water. However, a new study led by Dr. Malcolm MacIver of Northwestern University and Dr. Lars Schmitz of the Claremont Colleges opens our eyes on the subject. The scientists claim early tetrapod ancestors may have learned to see in the air before anything else.

Said Dr. Schmitz, “We were surprised to find that large eyes evolved in aquatic tetrapods, preceding the evolution of complete limbs and terrestriality.”

Millions of years before the animals moved to land, their eyes moved to the top of the head and nearly tripled in size.

The researchers measured the eye sockets of over 50 fossil taxa found within their study. They discovered that these animals’ large eyes would have enabled a great range of behaviors including a wider sight line, as they would have been able to see over the water. Land-based invertebrates – insects and other arthropods – would have provided a rich source of prey. “With eyes above the water surface, fish were able to spot a cornucopia of unexploited invertebrate food on land from distances much further than aquatic prey,” said MacIver.

“Animals like Tiktaalik (an early tetrapod) have their eyes on the top of their heads, suggesting that they may have hunted like modern crocodiles: swimming calmly near the surface, the head slightly raised, with eyes above the water, trying to detect prey across the water or even on land,” added Schmitz.

Join the conversation at the Journal of Vertebrate Paleontology.