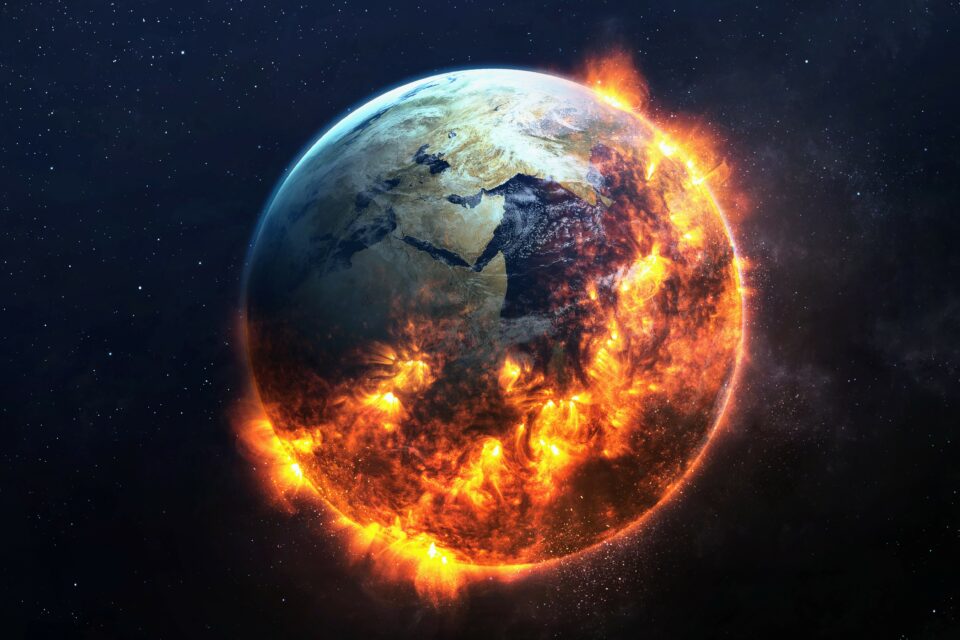 Global warming could become catastrophic for humanity, if temperature rises turn out to be worse than predicted – which has been seen recently in the UK, for instance – or cause unexpected cascades of events. Thus, according to a new study led by the University of Cambridge, the world should start preparing for the possibility of a “climate endgame.”

The researchers call on the Intergovernmental Panel on Climate Change (IPCC) to dedicate a future report to catastrophic climate change – which should include outcomes ranging from a loss of ten percent of the human population to eventual human extinction –  in order to galvanize research and inform the public.

“There are plenty of reasons to believe climate change could become catastrophic, even at modest levels of warming,” said study lead author Luke Kemp, a research associate at Cambridge’s Center for the Study of Existential Risk. “Climate change has played a role in every mass extinction event. It has helped fell empires and shaped history. Even the modern world seems adapted to a particular climate niche.”

“Paths to disaster are not limited to the direct impacts of high temperatures, such as extreme weather events. Knock-on effects such as financial crises, conflict, and new disease outbreaks could trigger other calamities, and impede recovery from potential disasters such as nuclear war.”

By modelling possible bad-to-worst-case scenarios, Dr. Kemp and his colleagues have found that areas of extreme heat (with annual average temperatures of over 29°C) could affect over two billion people by 2070. The affected regions are not only some of the most densely populated in the world, but also some of the most politically fragile.

“Average annual temperatures of 29 degrees currently affect around 30 million people in the Sahara and Gulf Coast,” said co-author Chi Xu, an expert in ecological systems complexity at Nanjing University. “By 2070, these temperatures and the social and political consequences will directly affect two nuclear powers, and seven maximum containment laboratories housing the most dangerous pathogens. There is serious potential for disastrous knock-on effects.”

The scientists propose a research agenda including what they call the “four horsemen” of the climate endgame: famine and malnutrition, extreme weather events, conflicts, and vector-borne diseases. While rising temperatures could cause significant threats to the global food supply, hotter and more extreme weather might also lead to new infectious diseases outbreaks, as habitats for both humans and wildlife shift and shrink. Moreover, these climatic changes could also give rise to inequality, misinformation, democratic breakdowns, and even new forms of destructive AI weaponry.

Further research is needed to identify all possible tipping points leading to a “Hothouse Earth.” “The more we learn about how our planet functions, the greater the reason for concern,” said co-author Johan Rockström, the director of the Potsdam Institute for Climate Impact Research. “We increasingly understand that our planet is a more sophisticated and fragile organism. We must do the math of disaster in order to avoid it.”