Humans reached the Faroe Islands much earlier than expected • Earth.com 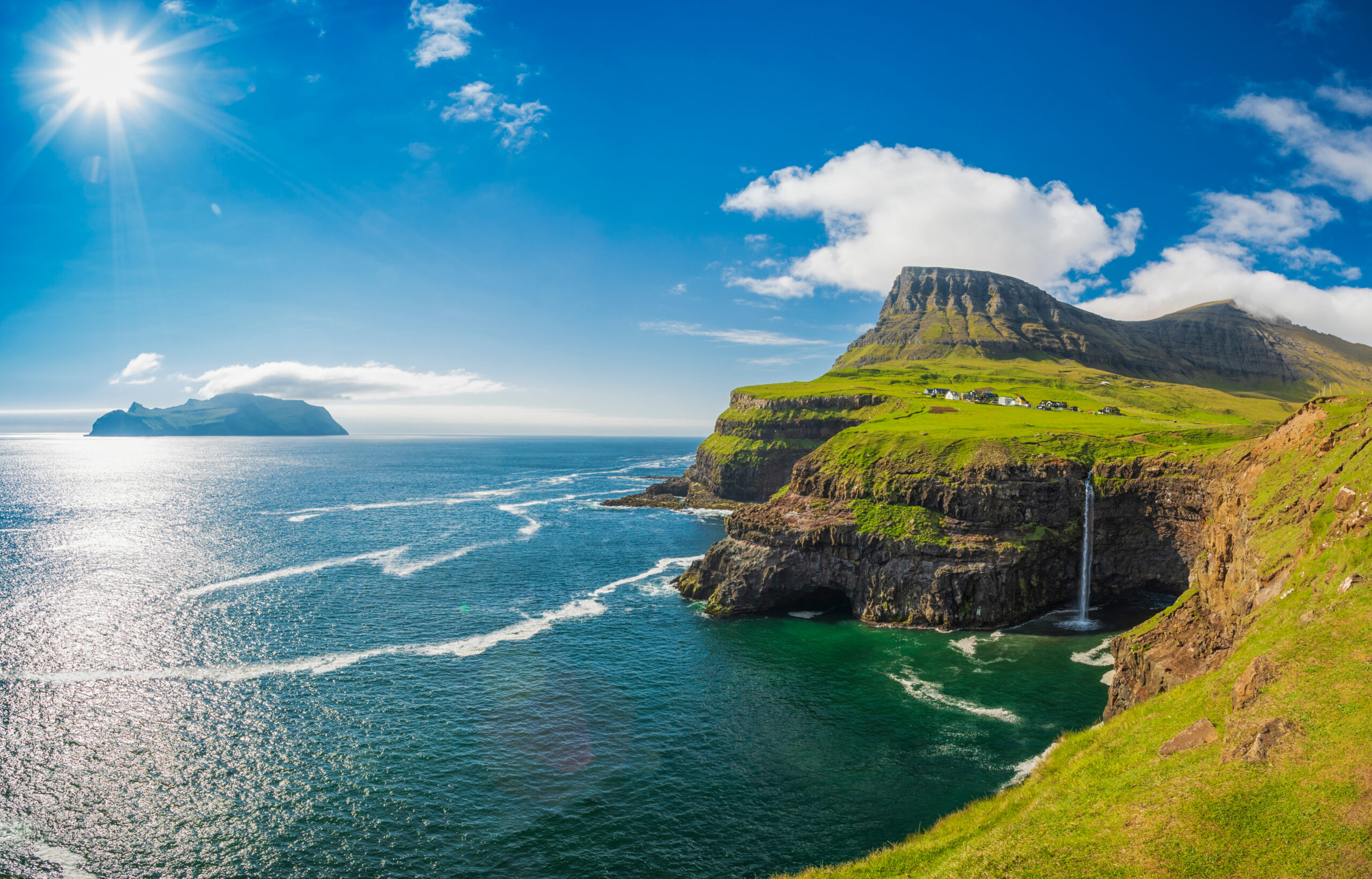 Humans reached the Faroe Islands much earlier than expected

The Faroe Islands are a small archipelago located midway between Norway and Iceland, about 200 miles off Scotland. Their landscape is rocky, with towering cliffs dominating the sea, and the weather is inclement, strong winds continuously buffeting the shores. There is no evidence that the islands ever sheltered indigenous populations, thus making them one of the planet’s few lands that remained uninhabited until historical times.

While past archeological excavations have indicated that the Vikings were the first to reach the Faroe Islands around 850 AD, a new study led by Columbia University’s Lamont-Doherty Earth Observatory has found evidence that domestic sheep suddenly appeared on these islands around 500 AD, well before the Norse occupation, suggesting that an unknown band of humans settled there around that period.

The researchers sailed out to a lake near the village of Eiði, the site of an ancient Viking locale on the island of Eysturoy, and collected and analyzed sediment samples containing traces of over 10,000 years of environmental history. They discovered identifiable fragments of sheep DNA, as well as two distinctive types of lipids produced in the digestive systems of sheep, starting at 20 inches down into the sediment, suggesting that large numbers of sheep may have arrived there between 492 and 512 AD.

“We see this as putting the nail in the coffin that people were there before the Vikings,” said study lead author Lorelei Curtin, who did the research as a graduate student at the Lamont-Doherty Earth Observatory.

According to Curtin and her colleagues, these early settlers could have been Celts from present-day Scotland and Ireland, since many Faroese place names derive from Celtic words, and ancient, Celtic grave markings have been found in many places around the islands. Moreover, DNA studies of the modern Faroese show that, while their paternal lineages are Scandinavian, the maternal ones are largely Celtic.

While other North Atlantic regions also show this asymmetry – a possible sign that male Viking settlers had brought Celtic wives with them, the Faroese have the highest level of maternal Celtic ancestry, suggesting that a Celtic population might have preceding the Vikings.

More research is needed to assess whether Celtic populations may have reached other North Atlantic regions too during that period.

The study is published in the journal Nature Communications: Earth and Environment.