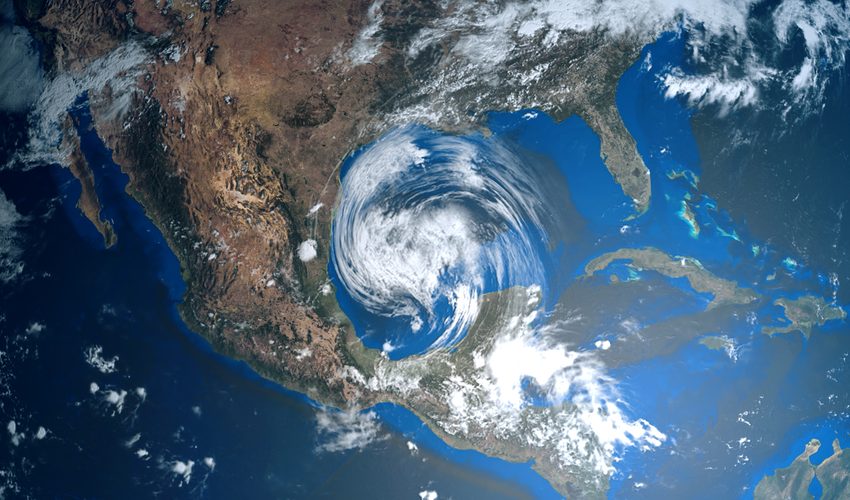 Hurricane Harvey slams Texas, with more rain on the way

Hurricane Harvey brought biblical rain and flooding to southeastern Texas this past weekend, and it seems to be settling in for a while.

The catastrophic flooding is already the worst in the area’s recorded history, news outlets reported on Sunday. Much of the southeastern part of the state got more than 20 inches of rain over Saturday and Sunday, with some locations receiving more than 30 inches of water.

The Houston/Galveston office of the National Weather Service recorded rainfall of more than 24 inches in 24 hours, the office tweeted early on Sunday morning.

The city was expecting another 3 inches per hour overnight on Sunday evening.

Several deaths were reported in the Houston area. In one case, a woman and child on Interstate 10 were presumed dead, but rescuers were unable to reach the location where they were stranded, Harris County Sheriff Ed Gonzalez tweeted. The full number of fatalities was unlikely to be known for several days.

More than 6.5 million people live in the region.

The NWS is forecasting continued major flooding in the coming days, beyond the feet of water that submerged parts of Houston and the surrounding area on Sunday.

Several local officials and the NWS were tweeting out advice to those trapped by floodwaters.

“Have reports of people getting into attic to escape floodwater,” Chief Art Acevedo of the Houston Police Department tweeted. “Do not do so unless you have an ax or means to break through onto your roof.”

“Do not go into your attic. Rescuers from air can’t see you. Get to high ground, mark your roof,” the U.S. Coast Guard tweeted.

They also asked people to stay off the road.

Anyone with water in their home or business should also turn off their electric and gas, Acevedo said.

The rainfall has already broken records for the month of August, and although Hurricane Harvey was downgraded to a tropical storm on Sunday, it seemed likely to linger, dumping even more water. The flood threat had spread to southern Louisiana as of Sunday evening.

“This event is unprecedented and all impacts are unknown and beyond anything experienced. Follow orders from officials to ensure safety,” the NWS tweeted.

The storm is likely to remain at tropical storm strength through Wednesday, the NWS said. Meteorologists at multiple forecasting websites were predicting rainfall through Friday.

Not all of the news was bad. Gonzalez shared stories of rescues on his Twitter account. Among those taken to safety were a Vietnam veteran with muscular dystrophy and his three cats, a pregnant woman who had gone into labor, and a man who’d been stranded in 8-foot water for several hours.

When he put out a call for anyone with a boat who could help, several citizens reached out and offered their assistance.

“I will be going to Texas as soon as that trip can be made without causing disruption. The focus must be life and safety,” Trump said on his official Twitter account.

Several organizations are collecting donations to help those displaced by Hurricane Harvey.

Anyone with a boat in the Houston area may call 713-881-3100 to find out how they can volunteer or loan the boat for rescue operations.

Those eligible to donate blood in the Houston area can donate at the South Texas Blood and Tissue Center.

Austin Pets Alive! has also been helping shelters in the path of Hurricane Harvey to get shelter animals to safety.