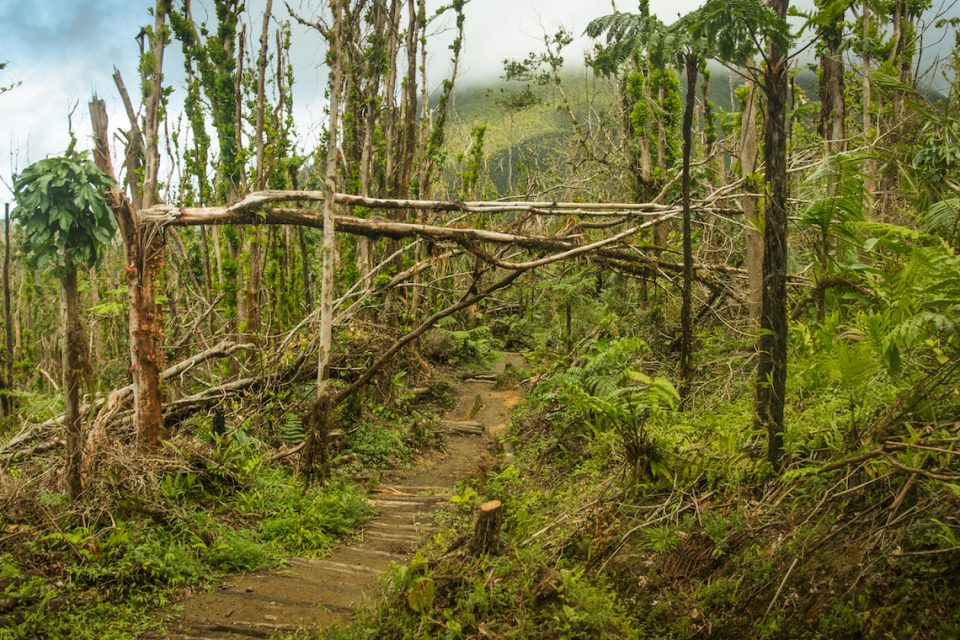 A new study following the aftermath of Hurricane Maria reveals how forests adjust to recover from such powerful storms.

Hurricane Maria was one of the most damaging and deadliest hurricanes on record and was the worst natural disaster to affect a U.S. territory. The storm’s 75 mph winds pummeled Puerto Rico’s forests and stripped many trees bare which hindered photosynthesis.

The researchers observed 13 dry forest species one month, eight months, and twelve months after the hurricane and compared the structure and composition of the leaves to leaves collected before the storm hit.

Following up for so many months after the hurricane helped the researchers determine if the changes leaf growth were temporary in response to the storm or sustained for months after.

“Our study took us to the Guánica State Forest in southwest Puerto Rico, which comprises one of the best parcels of native dry forest in the Caribbean,” said Tristan Allerton, a member of the research team. “Rainfall here is extremely erratic, with huge variability within and between years. As a result, organisms are uniquely adapted to cope with unpredictable water availability.”

The researchers monitored the shape and structure of new leaves after the hurricane and also attached sensors to the leaves to record CO2 storage.

After Hurricane Maria, the researchers recorded an increase in CO2 uptake in eleven out of the thirteen species of trees examined.

Changes in leaf growth also showed that the trees after the hurricane were able to still capture enough light without expending any unnecessary energy on leaf growth.

“A key finding was that the leaves of some of the species contained less chlorophyll than prior to the hurricane,” said Skip Van Bloem, who helped oversee the Allerton’s research. “Even though new leaves were better suited structurally to capture valuable resources, lower leaf quality could reduce leaf lifespan and the trees’ ability to produce energy.”

The results indicate that Carribean tropical dry forests can recover and adapt after a hurricane, but the question is if this trend can continue under the projected impacts of climate change and an increase in severe hurricanes.

The composition of tropical dry forests will likely change under the added stresses of climate change as not all species will be able to recover or adapt as well as others, according to the study.

“This would be a huge shame as Caribbean dry forests are known to have a higher proportion of endemic species than mainland dry forests. Many trees found there are also incredibly ancient, making these forests a living museum of biodiversity,” said Allerton.