Hurricane Matthew continues to crawl along the Florida coast • Earth.com 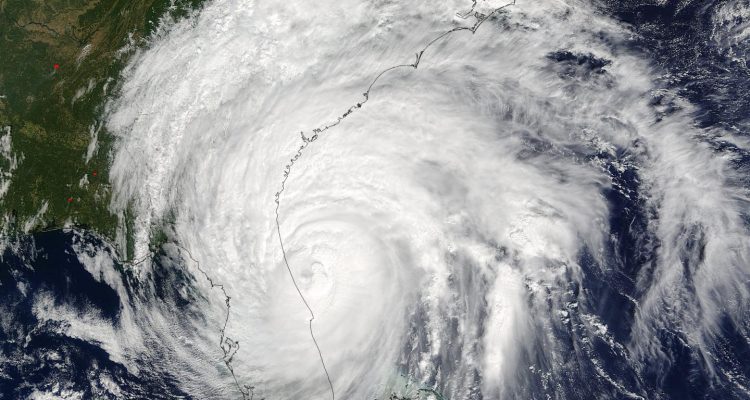 Hurricane Matthew continues to crawl along the Florida coast

On Oct. 6, NASA’s CloudSat passed over the eastern quadrant of Hurricane Matthew at 2:30 p.m. EDT. CloudSat revealed the anvil (thick cirrus cloud cover) with cumulus and cumulonimbus clouds beneath the cirrus. CloudSat found areas of higher reflectivity that included larger water and/or ice droplets throughout the clouds.

The next day, NASA’s Soil Moisture Active Passive (SMAP) satellite observatory captured data on Matthew’s winds. SMAP observations of hurricane Matthew showed winds up to 132 mph (59 meters per second/212 kph) at 7:52 a.m. EDT (11:52 UTC) on Oct. 7. “SMAP has excellent sensitivity to extreme winds, far beyond that from typical scatterometers,” said Alexander Fore, of NASA’s Jet Propulsion Laboratory in Pasadena, California. “SMAP is sensitive to these extreme winds due to the use of the L-band passive brightness temperature observation, which has the additional benefit of not being attenuated by rain giving accurate wind speeds regardless of rain conditions.”

SMAP will map global soil moisture and detect whether soils are frozen or thawed. The mission will help scientists understand the links between Earth’s water, energy and carbon cycles; help reduce uncertainties in predicting weather and climate; and enhance our ability to monitor and predict natural hazards such as floods and droughts.

At 2:30 p.m. EDT a visible image from NOAA’s GOES-East satellite showed Matthew’s clouds engulfing almost all of Florida, Georgia and the Carolinas. The image was created by the NASA/NOAA GOES Project at NASA’s Goddard Space Flight Center, Greenbelt, Maryland.

NOAA’s National Hurricane Center (NHC) said Matthew is moving toward the north-northwest near 13 mph (20 km/h), and this general motion is expected to continue today. A turn toward the north is expected tonight or Saturday, Oct. 8. On the forecast track, the center of Matthew will continue to move near or over the coast of northeast Florida and Georgia through tonight, and near or over the coast of South Carolina on Saturday.

Maximum sustained winds are near 115 mph (185 kph) with higher gusts. Matthew is a category 3 hurricane on the Saffir-Simpson Hurricane Wind Scale. Although weakening is forecast during the next 48 hours, Matthew is expected to remain a hurricane until it begins to move away from the United States on Sunday.