Are Indian monsoons getting stronger? • Earth.com 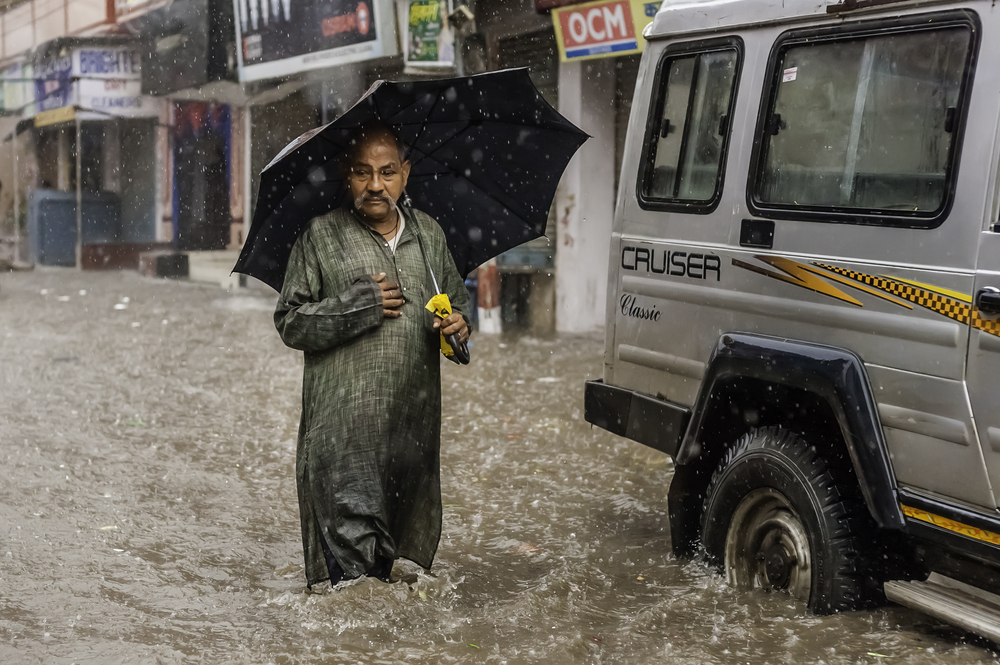 Are Indian monsoons getting stronger?

Indian monsoons have strengthened in the central and northern parts of the country over the past 15 years, according to a new study.

The new trend reverses a decades-long pattern of dry weather, scientists at MIT discovered. However, it also means a lot more water than the regions are equipped to handle: the heavier than normal monsoon activity has brought powerful flooding with it.

The MIT researchers set out to discover what caused the change in monsoon patterns. The changes appear to correspond with warming trends in both the Indian ocean and in atmospheric surface temperatures in the Indian subcontinent.

Since 2002 – the same year Indian monsoons began to pick up – the subcontinent has seen a strong warming trend of anywhere from 0.1 to 1 degree Celsius each year, the MIT researchers noted. During the same time, rising ocean temperatures in the Indian ocean slowed unexpectedly.

“Climatologically, India went through a sudden, drastic warming, while the Indian Ocean, which used to be warm, all of a sudden slowed its warming,” Dr. Chien Wang of MIT said. “This may have been from a combination of natural variability and [human-caused] influences, and we’re still trying to get to the bottom of the physical processes that caused this reversal.”

Whatever the cause behind the reversal, the warmer air temperatures catching up to the ocean has created the “perfect storm” of variables to create strong and powerful Indian monsoons.

The study, which looked at weather data from India that has been recorded since the late 1800s, has put to rest worries that India is caught in an irreversible dry spell.

The worry – based on a 50-year dry spell that began to reverse only 15 years ago – was that deforestation and use of aerosols in India had caused a dry period that could not be mitigated.

But the MIT researchers were surprised, when they studied the rainfall data, to find that the dry period in northern and central India was rebounding.

“The Indian monsoon is considered a textbook, clearly defined phenomenon, and we think we know a lot about it, but we don’t,” Wang says. “Here, we identify a phenomenon that was mostly overlooked.”

Research is still needed to narrow down whether the drying and revival of the northern and central monsoons are a natural cycle or whether the changes were caused by human activity, the scientists said.

The study will be published in the journal Nature Climate Change. MIT’s research was supported, in part, by the National Science Foundation, the National Research Foundation of Singapore, and the Singapore-MIT Alliance for Research and Technology.