Insect migration is the most important animal movement on Earth • Earth.com 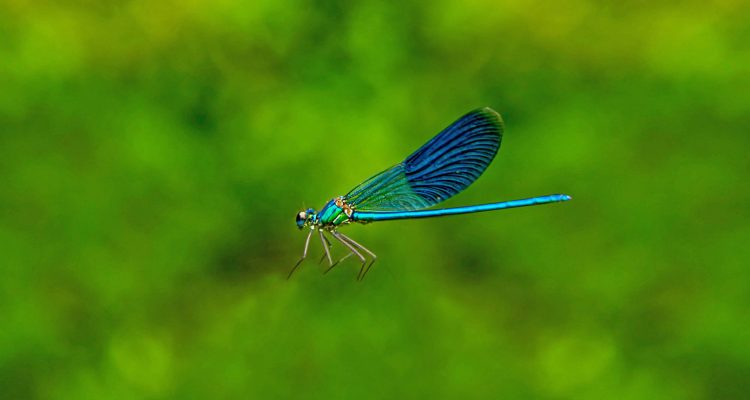 Insect migration is the most important animal movement on Earth

After 10 years of research, scientists from the University of Exeter and Rothamsted Research have measured the insect migration patterns of mass groups of flying insects in southern England, concluding that 3.5 trillion migrate annually.

Insects that flew over 150 meters from the ground level were the primary focus of this study. Scientists used special radar techniques for large insects that were 10mg and over, and netting samples for the smaller scale insects.

According to Dr Jason Chapman, of the Centre for Ecology and Conservation at the University of Exeter’s Penryn Campus in Cornwall, “If the densities observed over southern UK are extrapolated to the airspace above all continental landmasses, high-altitude insect migration represents the most important annual animal movement in ecosystems on land, comparable to the most significant oceanic migrations.”

This is the first study to thoroughly investigate the migration patterns of nocturnal and diurnal species of agricultural pests. Past research has shown that the migration route of flying insects moves from the UK over the English Channel and North Sea.

According to Dr. Gao Hu, a visiting scholar from Nanjing Agricultural University, China and leader of the radar data analysis, “Many of the insects we studied provide important ecological services which are essential for maintaining healthy ecosystems, such as pollination, predation of crop pests and providing food for insectivorous birds and bats.”

Co-writer Dr Ka S (Jason) Lim, of the Radar Entomology Unit of the AgroEcology Department at Rothamsted Research, stated that these insects work as indicators of the global environmental condition.