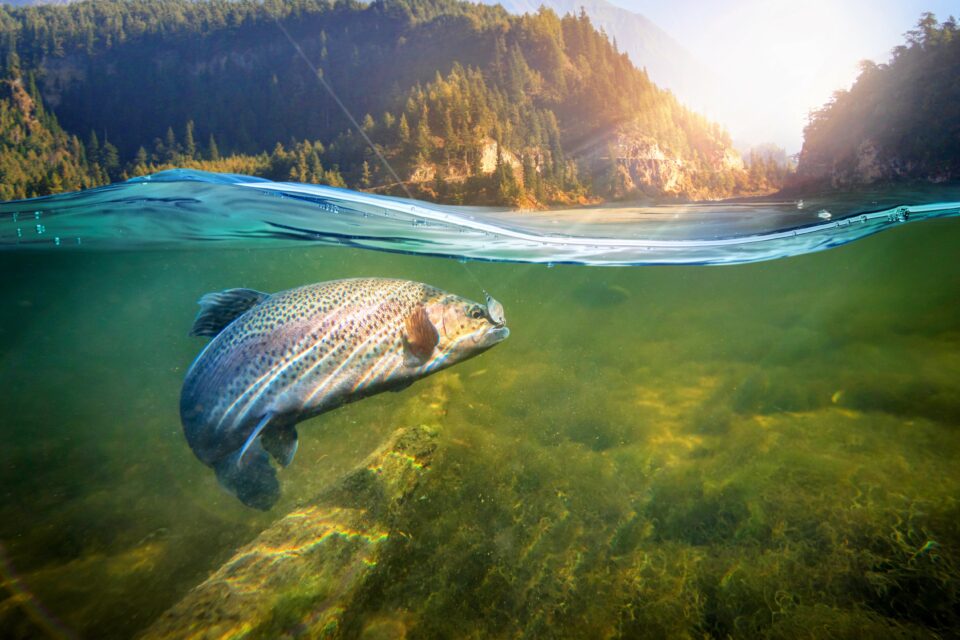 Plenty of evidence shows that invasive species damage food webs but the specifics of these damages over time remain somewhat mysterious. A new study conducted at the University of Montana Flathead Lake Biological Station is providing new insight into the impacts of invasive species.

“This has been a truly collaborative effort,” said Shawn Delvin of FLBS. “The work leverages the rather bleak history of introduction and invasion of nonnative species in northwest Montana lakes into an ecological experiment built on the power of long-term data and a deeper understanding of lake ecology.”

“This study provides new details about how invasive lake trout affect entire lake food webs,” said Wainright. “The findings will be important for conserving native species and ecosystems in Montana and elsewhere.”

The results showed that native fishes were forced to feed on less than ideal diets and scrape by in unfamiliar habitats. Eventually, this led to the loss of native bull trout, a threatened species under the US Endangered Species Act.

“Native bull trout populations have drastically declined in many lakes across western Montana due to competitive interactions with invasive lake trout,” said Clint Muhlfeld, an aquatic ecologist with the USGS.

“For the first time, we show what happens not only to bull trout but entire food webs supporting them as lake trout invade and upset lake ecosystems over time.”

The research showed the invasive fish populations grew over time for decades. After 50 years, lake trout were the dominant apex predator in these food webs.

The study is published in the journal Proceedings of the National Academy of Sciences,