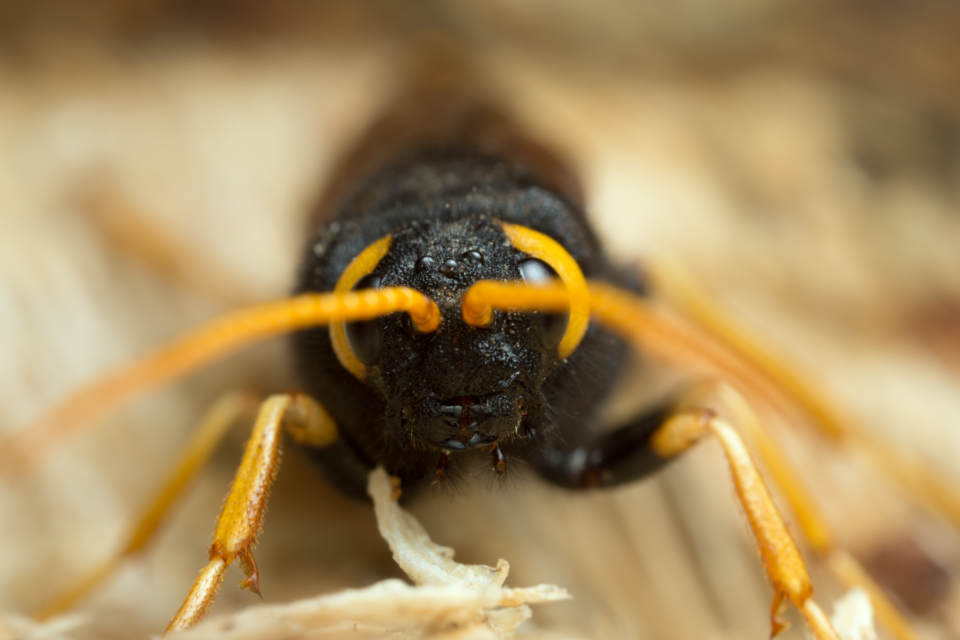 A new study led by Dartmouth College has found that an invasive wasp – which has already caused significant damage in the Southern Hemisphere – could spread throughout North America. For now,  it appears that nature’s defenses are keeping this insect under control.

The experts estimate that the Sirex woodwasp (Sirex noctilio) has the potential to reproduce at rates two to three times higher in North America than in its native range in Europe, Asia, and North Africa. Although its impact in this new territory has been limited so far, under the right conditions it could spread quickly and pose major threats to local ecosystems.

Unlike yellow jackets and other common species of wasps, Sirex woodwasps eat wood instead of fruit and meat. Injecting a fungus and a dose of venom into trees can weaken and sometimes even kill them.

The woodwasps also place eggs in the trees, where their larvae hatch and feed on wood that was pre-digested by the fungi. While other invasive species are limited in range by sensitivity to temperature and other climatic factors, the woodwasps do not seem to be restricted by climate.

Although the wasps are considered to be minor tree-eating scavengers in their native region (Galicia, Spain), in non-native areas such as New Zealand, Australia, Chile, Argentina, and other countries in the Southern Hemisphere – where they have no natural enemies – they are responsible for major attacks on pine trees and can be highly expensive to manage. Since entering the United States in 2004 at a cargo port on Lake Ontario, these wasps have expanded throughout the entire northeastern U.S. and parts of Quebec and Ontario in Canada.

According to the scientists, the woodwasp has the potential to be over 150 percent more productive in the U.S. than in Spain. Its higher reproduction rates in the Northeast are partly driven by their different relationship with a parasitic worm that sterilizes wasp eggs in Spain, but not in its new territory. Fortunately, due to the relative scarcity of host pine trees in northeastern U.S. and the existence of natural enemies such as parasitic wasps, these regions appear more resilient to the invaders than initially thought.

“When we first observed the Sirex woodwasp in North America, we said ‘oh no, we better brace ourselves for this,’” said study lead author Flora Krivak-Tetley, an expert in invasive species at Dartmouth. “We are not sure how it will go in other parts of the continent but, for the moment, nature has rallied to its own defense against this woodwasp.”

However, if the wasp will expand in southern or western states – which have larger populations of pine trees – it could cause extensive damage. “This wasp will continue to spread throughout North America and can be expected to eventually show up everywhere there are pine trees,” said study senior author Matthew Ayres, a professor of Biology at Dartmouth. “The good fortune we’ve enjoyed so far with the Sirex woodwasp could change if the insect reaches areas with higher resource availability and fewer natural enemies.”

The study is published in the journal NeoBiota.