Iridescent colors could have started out as camouflage • Earth.com 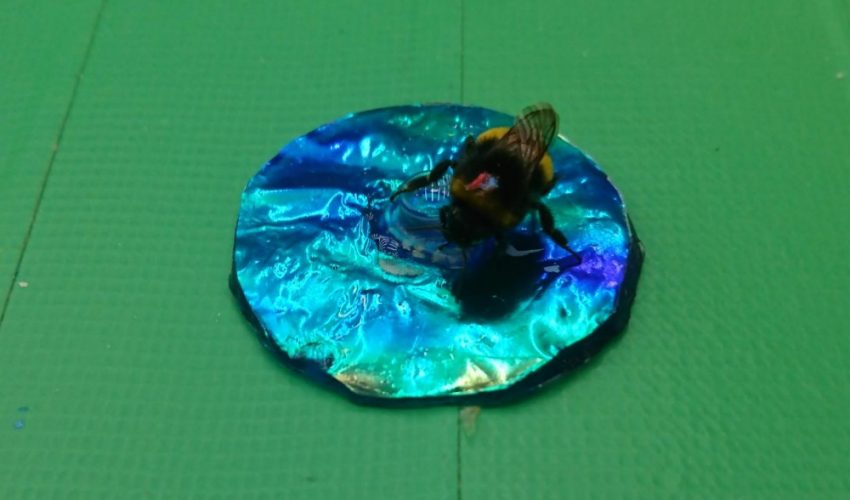 Iridescent colors could have started out as camouflage

Iridescent colors on birds and insects stand out brightly to the human eye. In nature, though, iridescent coloring could act as a sort of camouflage against predatory insects.

In an experiment, researchers created artificial flowers in a variety of shapes, then provided sugar water in some of the fake blooms. The bees quickly learned to recognize which shapes meant they’d be able to find the false nectar.

But when they made the flowers from iridescent materials, the bees were not able to recognize the shapes any longer, the scientists said.

Since bumblebees’ eyes are very similar in structure to other predatory insects like wasps and hornets, the researchers believe that iridescent coloring in some animals may have begun as a way to avoid predators.

“It’s the first solid evidence we have that this type of coloration can be used in this way,” said lead author Dr. Karin Kjernsmo, of the University of Bristol.

“If you are a visual predator searching for the specific shape of a beetle (or other prey animal), iridescence makes it difficult for predators to identify them as something edible,” Kjernsmo said in a press release. “We are currently studying this effect using other visual predators, such as birds as well. This because birds are likely to be the most important predators of iridescent insects.”

Previous research included a study that found quails are less accurate when pecking at iridescent fake bugs than at plain black ones, but this is the first study on predatory insects.

In the past, biologists thought iridescent colors were mainly used to attract a mate. Although naturalist Abbott Thayer’s work linking iridescence and camouflage helped inspire the “razzle dazzle” camouflage of World War I battleships, scientists have only recently begun to find evidence that his theories were correct.