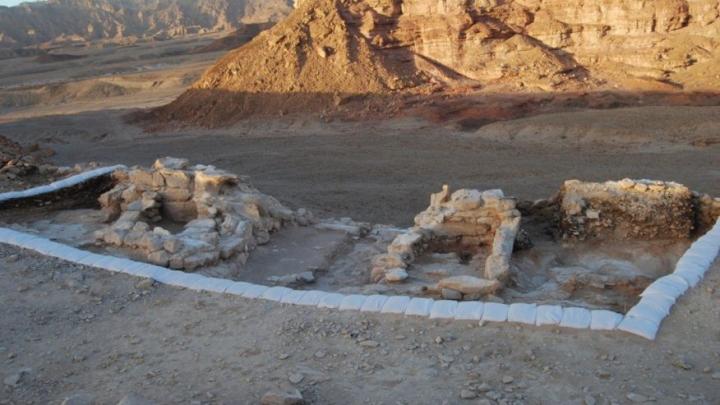 The dry conditions of Timna Valley in the Israeli desert have impressively preserved a military fortification that dates back to the 10th century BCE – the time of Kings David and Solomon. While some people wonder if the Timna Valley holds the secrets to the legendary mines of King Solomon, researchers wonder if the structures found could be ones that were referenced in the Old Testament.

The research, published in The Journal of Archaeological Science: Reports, tells of a gatehouse complex that includes stables and pens for donkeys, draught animals, and various livestock. The fortification indicates that the community had a comprehensive defense system and the ability to engage in long-distance trade.

“While there is no explicit description of ‘King Solomon’s mines’ in the Old Testament, there are references to military conflicts between Israel and the Edomites in the Arava Valley,” says lead researcher Erez Ben-Yosef of TAU’s Institute of Archaeology.

The archaeological site was unearthed among copper smelting camps in the Israeli desert valley, deepening the connection to possible military activity. The Old Testament tells of David engaging in military conflict in “the Valley of Salt.” Copper was a valuable resource at the time and this could have been the cause of the assault.

“Because copper – like oil today, perhaps – was the most coveted commodity, it landed at the very heart of military conflicts. The discovery of the fortification indicates a period of serious instability and military threats at that time in the region,” Ben-Yosef says.

While the military complex is a new discovery, the copper smelting site was first discovered in 1934. Archaeologist Nelson Glueck thought the site had been used as a slave camp – a theory that was debunked by Ben-Yosef in 2014.

Ben-Yosef plans to continue his work in the site, looking to the Old Testament for events that match up with his finds. “The historical accuracy of the Old Testament accounts is debated, but archaeology can no longer be used to contradict them,” he says.