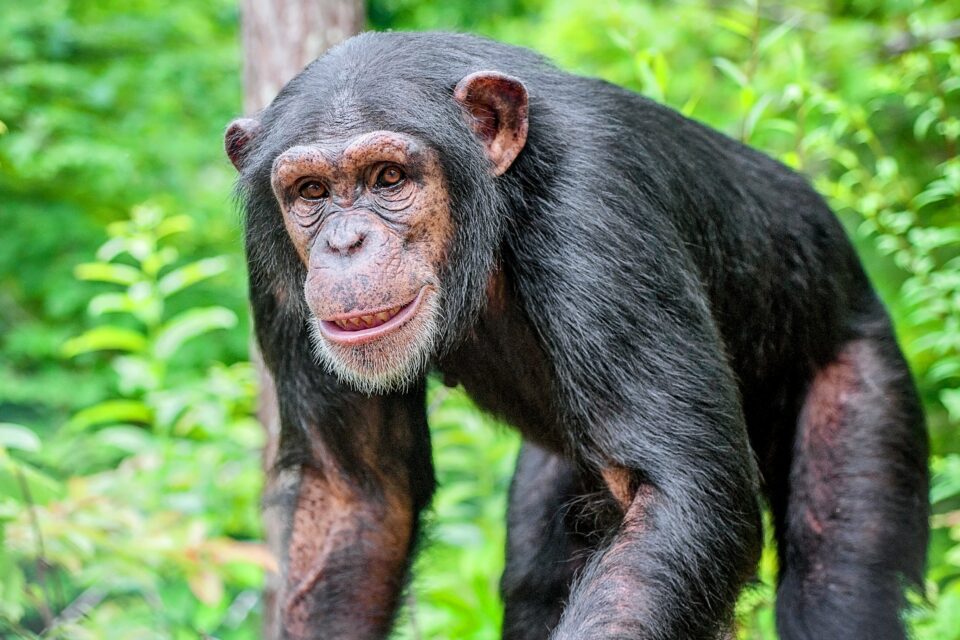 A new study published in the journal Cell Stem Cell has found a variation in human DNA that could reveal what sets us apart from our primate relatives. Although our DNA is highly similar to that of the chimpanzee and other higher apes, a previously overlooked part of our DNA – the so-called non-coded DNA – may explain why our brains work in fact so differently.

In evolutionary terms, the chimpanzee is our closest living relative. About five to six million ago, our evolutionary path diverged from a common ancestor. Using stem cells, a research team from Lund University cultivated brain cells from humans and chimpanzees and compared them.

“Instead of studying living humans and chimpanzees, we used stem cells grown in a lab. The stem cells were reprogrammed from skin cells by our partners in Germany, the USA, and Japan. Then we examined the stem cells that we had developed into brain cells,” explained study leader Professor Johan Jakobsson.

The scientists found that the differences between the human and the chimpanzee brain appears to lie outside the protein-coding genes, in what has been called “junk DNA,” a major part of our DNA that researchers previously thought to have no function.

“The part of our DNA identified as different was unexpected. It was a so-called structural variant of DNA that were previously called ‘junk DNA,’ a long repetitive DNA string which has long been deemed to have no function,” said Professor Jakobsson.

“Previously, researchers have looked for answers in the part of the DNA where the protein-producing genes are – which only makes up about two per cent of our entire DNA – and examined the proteins themselves to find examples of differences. Our results indicate that what has been significant for the brain’s development is instead perhaps hidden in the overlooked 98 percent, which appears to be important. This is a surprising finding.”

Professor Jakobsson believes that, in the future, these findings will contribute to the discovery of genetic explanations of uniquely human psychiatric disorders, such as schizophrenia, and thus have crucial applications in fields such as psychopathology and psychiatry.