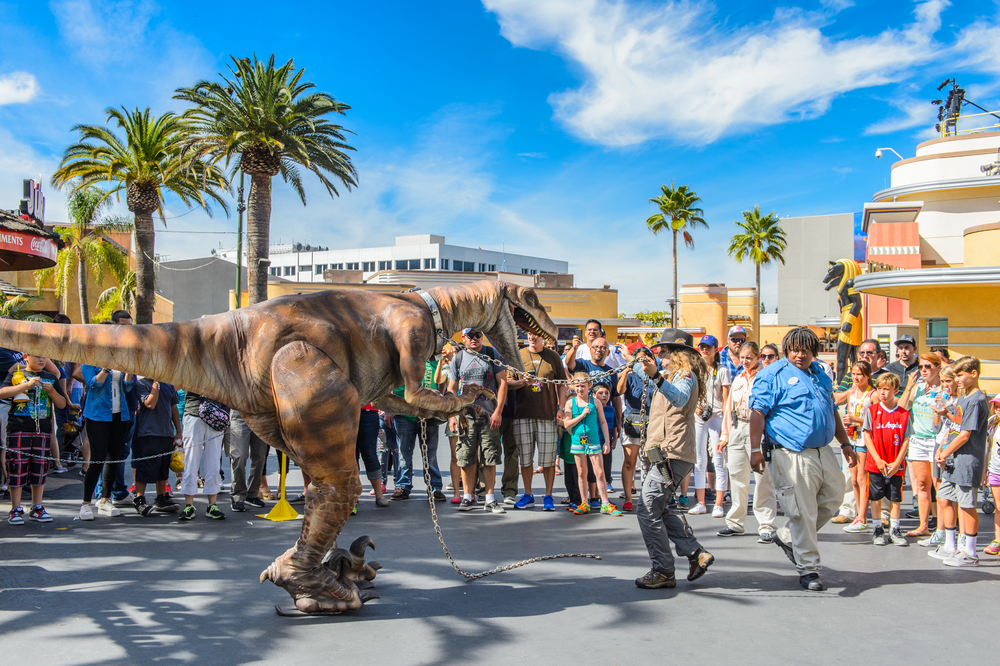 What happens when movie magic meets modern paleontology? “Jurassic World: The Exhibition,” which opened Friday at the Franklin Institute in Philadelphia.

The touring exhibit is “the closest you will ever come to living dinosaurs,” according to the Institute.

Visitors to the exhibit travel to the imaginary Isla Nublar, the setting of the movies “Jurassic Park” and “Jurassic World,” where they can meet a Tyrannosaurus rex, a brachiosaurus and a velociraptors face-to-face, along with other dinosaurs. At the Gentle Giants Petting Zoo, visitors can interact with a few more dinos and even “pet” one.

One unique aspect of the “Jurassic World” exhibit: organizers worked with dinosaur expert Jack Horner, who discovered the first fossilized dinosaur embryos and led research into how different species of dinosaurs may have cared for their young.

The goal was to make sure the science behind the exhibit was as accurate as possible. The exhibit has several hands-on activities that can teach visitors about how paleontologists study the dinosaurs. There’s also a guide for educators who want to teach their students more about the prehistoric reptiles.

Horner had another connection to the movie-inspired exhibit – he was the inspiration for the character of Alan Grant in “Jurassic Park.” He also served as a technical advisor on all of the movies.

The animatronic dinosaurs were created by The Creature Technology Co., which also worked on the “Walking With the Dinosaurs” arena shows.

The American exhibit is nearly double the size of the previous version, which appeared in Melbourne, Australia until early October. More interactive and science-based activities were added, as well as a velociraptor training paddock like the one used in the movie “Jurassic World.”

The exhibit will be open in Philadelphia until April 23, 2017.