Kids want the newest phones and parents give in, new poll finds • Earth.com 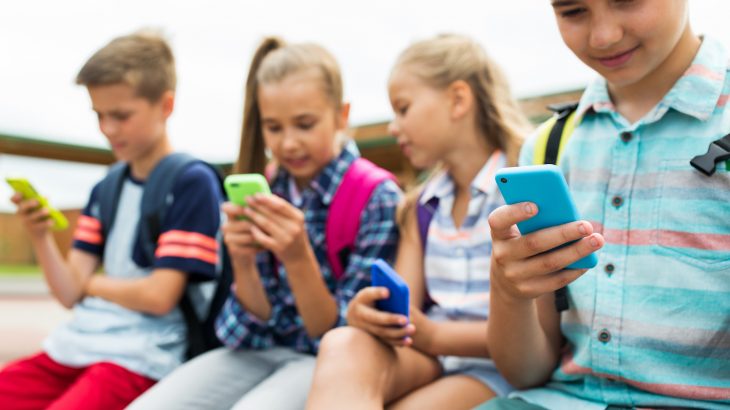 Kids want the newest phones and parents give in, new poll finds

It’s no secret that smartphones and personal devices are some of the priciest gadgets on the market. These days, a new cell phone can cost more than a decent laptop, and consumers are always keen to upgrade to the latest model phone.

A new survey from the UK found that many parents will buy the newest phones for their children sometimes even before getting a new phone themselves.

According to the Daily Mail, which reported on the poll, over a third of the parents surveyed have a hard time with continually buying new phones for their children.

The research was conducted by OnePoll, and the results show that parents often save all year just to make sure they can afford the latest upgrade when the time comes.

2,000 parents in Britain took part in the poll, and many reported having children who expected to have a new phone every 18 months.

Even though some phones can cost upwards of $800 to $1,000, most parents were willing to give in to their child’s demands.

38 percent of the parents polled said they bought refurbished phones because they can run much cheaper but kept this fact hidden from their children.

Fears of poor quality or that their children would be displeased with a refurbished phone or last years model motivates parents to stick with the newest upgrade.

“Technology moves at a frightening pace,” Liam Howley, who commissioned the study and who works for a second-hand selling website, told the Daily Mail. “What was once the cutting edge of the industry can find itself next to obsolete within the space of months – and even weeks in some cases. It can be hard enough even keeping up with the latest advances in technology, let alone having the cash to upgrade all your own gear.”

As new phones are only getting more expensive and people devote more and more of their time on their devices, it’s essential, especially for parents, to weigh all the risks, costs, and potential health impacts that come with the newest gadget or phone.