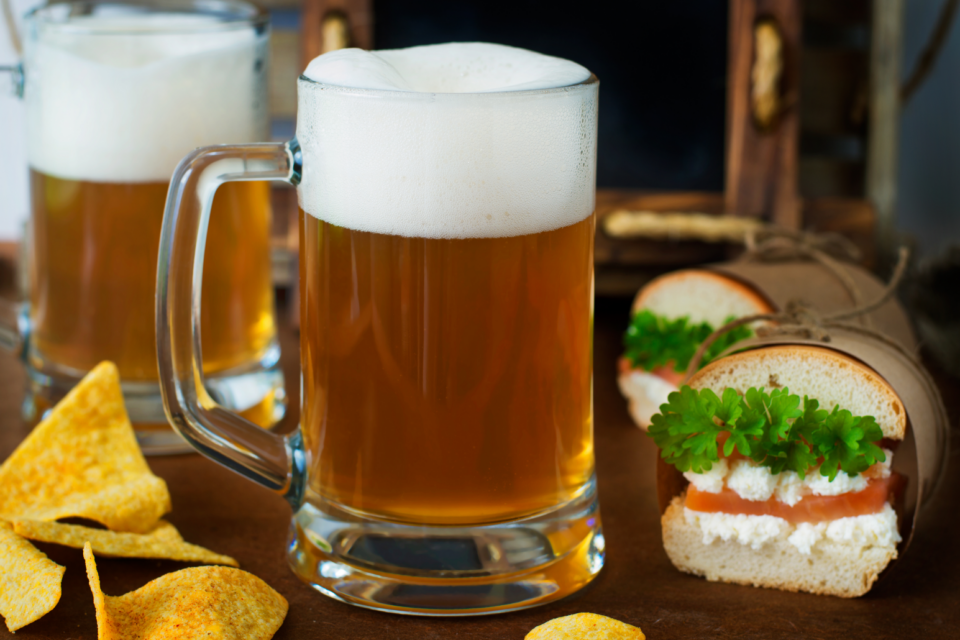 A new study published in the Journal of Agricultural and Food Chemistry has found that beer can have health benefits when consumed in moderation. According to experts from the Nova University Lisbon in Portugal, men who drink either one alcoholic or one non-alcoholic lager beer daily have a more diverse set of gut microbes, which can reduce the risk of several diseases, including heart disease and diabetes.

Trillions of microorganisms line human gastrointestinal tracts, significantly impacting their hosts’ health and well-being. Prior research has shown that, when more types of bacteria are present, people have lower chance of developing chronic diseases, such as cardiovascular issues or diabetes. And beer contains compounds like polyphenols, as well as microorganisms from its fermentation that could increase the variety of microbes in the human gut.

Previously, researchers found evidence that when both men and women consumed non-alcoholic lager beer for 30 days, their gut microbiome diversity increased. Many of the participants were also in a second group that drank an alcoholic version of the beer, which didn’t have the same effect.

Since few other clinical studies have tested this issue, scientists from Portugal designed a parallel, randomized trial study in which 19 healthy men were randomly divided into two groups who drank 11 fluid ounces of either alcoholic or non-alcoholic lager beer with dinner for one month. During this period, although participants’ weight, body mass index, and serum markers for hearth health and metabolism didn’t change, their gut microbiome diversity significantly increased, indicating an improvement in intestinal health. According to the researchers, these results could differ from those of the previous study because of the different designs of the trials, and due to the fact that participants were living in different communities.

The results suggest that drinking one bottle of beer per day – regardless of its alcohol content – may be beneficial to the gut microbiome and intestinal health of men. However, since alcohol is known to have a negative impact on various health-related issues, non-alcoholic beer may be a better, healthier choice.