Large animals are most vulnerable to human expansion • Earth.com 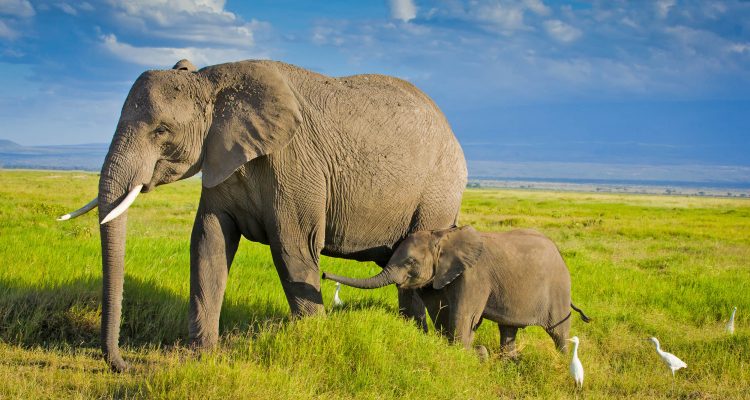 Large animals are most vulnerable to human expansion

Some of the most iconic giants of the animal kingdom, such as the imperious African elephant and the majestic lion, are most vulnerable to the detrimental impact of human expansion, new research has shown.

A team of scientists, led by Lewis Bartlett from the University of Exeter, have studied the alarming extent changes to the natural environment – through activities such as farming, expansion and climate change – have on the local ecosystem.

In particular, the team studied the influence that habitat loss and fragmentation – where once great swathes of land are broken into smaller, isolated patches – can have on native wildlife.

They discovered that larger animals, such as the elephant, are more vulnerable to changes to their natural surroundings – and so be most exposed to the threat of extinction.

The research team believe the pivotal new study, which is published in the highly respected journal Proceedings of the Royal Society B, could help conservationists and scientists more accurately predict the effect that human activity will have on the natural world.

Lewis Bartlett, lead author of the paper from the Centre of Ecology and Conservation at the University of Exeter’s Penryn Campus, Cornwall said: “At a time when some of our biggest and most iconic animals are facing multiple routes to extinction, every new piece of information helps. By using computer simulations – with the help of Microsoft Research’s supercomputer cluster – we’ve shown that these biggest animals are the ones most threatened by habitat loss and fragmentation”.

The team of scientists use the world-leading ‘Madingley Model’ – which can simulate all life on Earth on land and oceans – to conduct their study, focusing on a large area of the broad Kenyan plains.

The team divided the area into a series of 100 small grid sections, and studied how the area and its wildlife reacted to localised changes to the vegetation levels – for example through effects like wildfire, human expansion or over grazing.

They discovered that habitat fragmentation , caused when small ‘patches’ of vegetation are removed rather than one, larger section, has an alarmingly detrimental effect on the ability of larger animals to survive.

Furthermore, the effects of fragmentation are magnified when experienced in conjunction with a greater intensity of land change use through human activity – which in turn leads to more changes to the ecosystem.

The research team suggest that studying ecosystems across a wide expansive area, rather than individually, enables scientists to better predict the expected outcomes of such vegetation changes.

Furthermore, they believe that analyses such as this can help scientists predict what will happen if humans pursue particular activities in localised areas – and also help identify the threshold at which ecosystems would not be able to recover.

Lewis added: “We hope that being able to forecast how to meet demands for more land and space, whilst minimising the impact to ecosystems, will help achieve the best outcomes for nature and people.”