During the last ice age, humans in Africa lived in the mountains • Earth.com 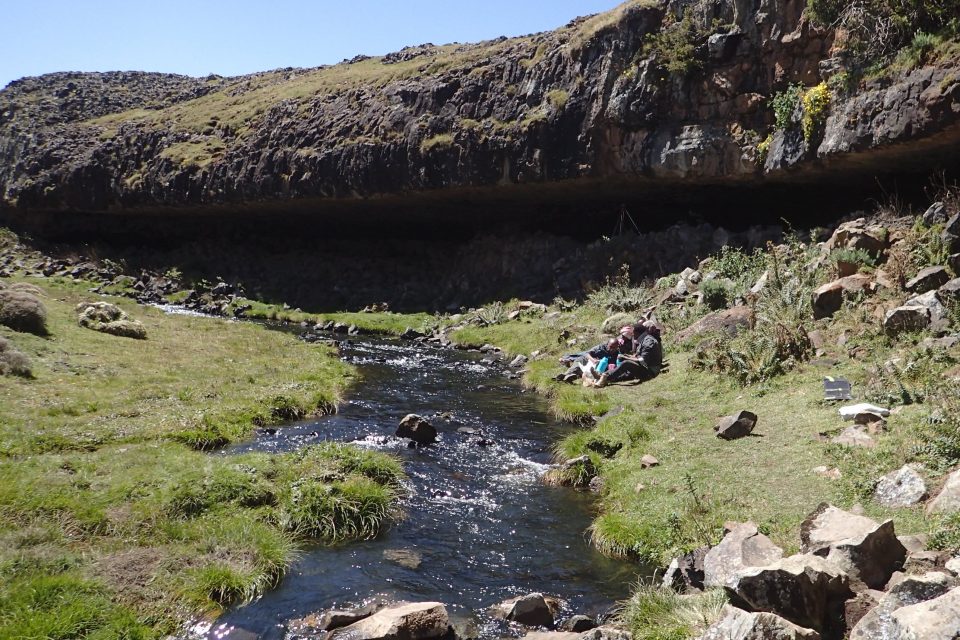 During the last ice age, humans in Africa lived in the mountains

The Bale Mountains in modern day Ethiopia provided a safe refuge for ancient humans to live during the last ice age, according to a new study.

The Bale Mountains are now considered inhospitable due to the high elevations, drastic temperature changes, rainy climate conditions, and low levels of oxygen.

However, an international team of researchers led by Martin Luther University Halle-Wittenberg (MLU) discovered that humans in Africa were able to live high up in the mountains during the Paleolithic period.

“Because of these adverse living conditions, it was previously assumed that humans settled in the Afro-Alpine region only very lately and for short periods of time,” said Professor Bruno Glaser, a soil biogeochemistry expert involved in the research.

The researchers found that humans settled higher up in the mountains earlier than previously realized and lived in the region for more extended periods as well during the Middle Pleistocene Epoch.

Lower valleys in Ethiopia were too dry at this time, but higher up it was a different story. At higher elevations, there was plenty of water, and giant rodents would have served as the primary food source.

The researchers surveyed an area in the Bale Mountains near a settlement called Fincha Habera. Excavations in the rocky region uncovered stone artifacts, clay pieces, and a glass bead.

It was the soil, though, that held a pristine record of human settlement 45,000 years ago.

The Bale Mountains offer a unique opportunity to extract data about human habitation from the soil, including how many people lived in the region, when, and for how long.

The researchers used a new kind of paleothermometer to identify weather and climate trends during the Paleolithic by analyzing soil samples.

Clues contained in the soil showed that the settlement of Fincha Habera was located past the edge of the glaciers during the last ice age.

There would have been ample water as the glaciers melted, giant mole rats endemic to the region would have provided a sufficient food source, and large deposits of obsidian rock would have been used to make tools.

“The settlement was therefore not only comparatively habitable, but also practical,” said Glaser.

The researchers also found evidence of a second period where humans inhabited the region 10,000 years before the Common Era. In the soil, the researchers discovered that grazing animals were also present during this time.