Life on Earth impacts the movement of tectonic plates • Earth.com 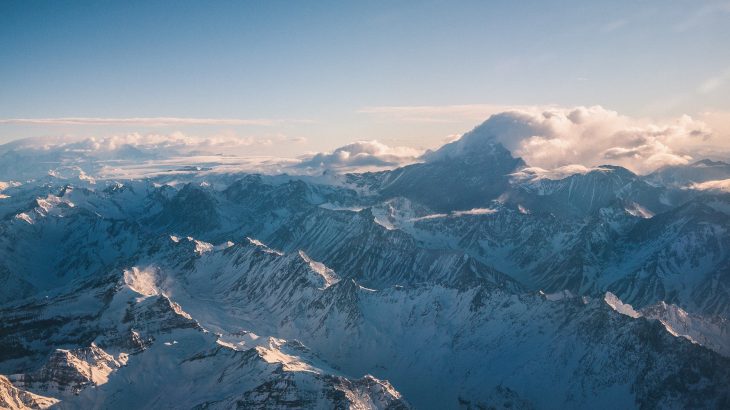 Life on Earth impacts the movement of tectonic plates

It’s hard to imagine that the world’s tectonic plates, the movement of which causes earthquakes and continental drift, could be influenced by sediment made up of the skeletal remains of microscopic organisms.

But researchers from the University of Texas at Austin discovered that sediment full of dead organic matter might play a role in regulating the speed at which tectonic plates move.

Previously, it had been thought that sediment only influenced seismic activity and earthquakes. But this new study provides compelling evidence that sediment moving under tectonic plates dictates the movement and growth of the Earth’s crust.

The research, published in the journal Earth and Planetary Science Letters, describes an important potential link between tectonic movement, climate, and sediment which is made up of organic material.

Sediment is often a mix of eroded rocks, minerals, and organic remains like shells. Sediment samples from the ocean floor can help researchers understand what life on Earth was like millions of years ago.

Sometimes sediment slips into and beneath the subduction zone, the area where two tectonic plates meet, and this can cause an increase in earthquakes.

Subduction drives continental movement, and sediment was thought to have little impact on the rate at which plates move. However, the researchers found that sediment acts as a lubricant and accelerates subduction and plate speed.

After modeling different kinds of rock-plate interactions, the researchers also found that rock made of sediment created a kind of feedback loop that speeds up and then slows down continental drift based on the amount of sediment in the subduction zone.

“The feedback mechanisms serve to regulate subduction speeds such that they don’t ‘runaway’ with extremely fast velocities,” said Whitney Behr, the leader of the research.

This speeding up and slowing down of plate movement could also explain how some continents formed and moved the way they did.

For example, the researchers hypothesize that 70 million years ago, India moved through seas that contained an abundance of sedimentary rock made up of organic matter.

There are still unanswered questions with this study such as how the feedback loop first originated, but the results provide new insight into Earth’s early years.

“What is becoming clear is that the geological history of the incoming plate matters,” said Thorsten Becker, a co-author of the study. “We will have to study in more detail how those possible feedback processes may work.”