The dramatic loss of bears across the American landscape • Earth.com 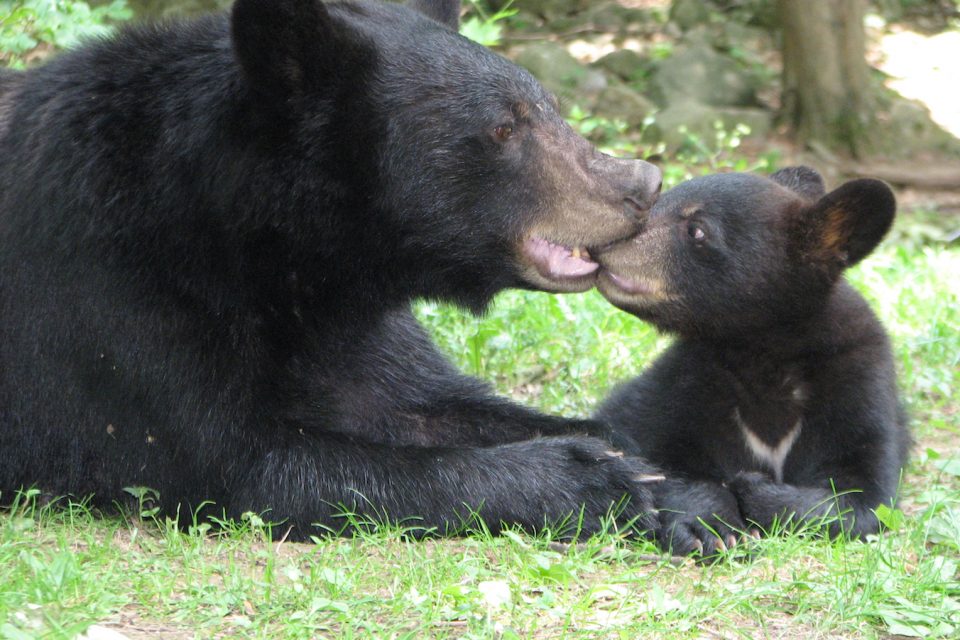 The dramatic loss of bears across the American landscape

The death of the last known grizzly bear in Colorado is only part of a sad history in the western US and across the continent as a whole.  Once grizzly bears ranged across all of western North America. Today, a grizzly bear range map shows a few pitiful remnant populations, mainly near Yellowstone but also in the Cascades of Washington.  Of course there are large and healthy populations of grizzly bears in Alaska and Canada, but as someone once said, ‘saving bears for Alaska is like saving angels for heaven, one may never get there’. Most Americans live in landscapes free from grizzly bears and quite a few live apart from black bears as well.

In his book, The Animal Dialogues, author Craig Childs tells the story of Colorado’s last brown bear.  Childs tells how a bow hunter claimed that a grizzly sow charged him and he killed her in defense.  Later, Craig Childs visited the Denver Museum of Natural History (now the museum of Nature and Science) and saw the skeletal remains of the bear himself with the word “…Last grizzly bear shot in Colorado”:

“I looked at these words for a moment, skull in hand.  Then I looked to Elaine. She nodded softly. It was taken in 1979 by a bow-hunting party, by a man who said he was charged… Advanced stages of arthritis had taken her body, so much so that it was painful to see.  Her spine had developed calcium cobs and spurs common to chronic arthritis. Her entire skeleton had begun to reshape. ‘This bear did not charge anyone,’ Elaine said, and her voice sounded delicate, sad. ‘She was slow and old.’ … She had been killed without warning.”

Following a long history of persecution, grizzly bears were eventually afforded some official protection.  In 1975, grizzly bears were listed as threatened under the Endangered Species Act. High Country News reports that now grizzlies have been delisted as threatened, opening up the possibility of hunting the brown bears in Montana, Idaho and Wyoming.  Of the three states, Montana opted out of allowing grizzly hunting. Idaho will issue one grizzly bear hunting permit this fall and Wyoming is set to issue 22 hunting permits in a lottery system.  The Wyoming hunt is highly contested and has been delayed from opening on the first of this month for fourteen days by a judge. Some of the hunting permits have been awarded to protestors who plan to only photograph the bears.

Delisting grizzly bears from the Endangered Species Act is controversial to begin with.  The population of bears remaining in the lower 48 states is a small fraction of the historical population of grizzlies.  The Center for Biological Diversity says that between 1850 and 1970, grizzlies were eradicated from 98% of their original range.  Estimated grizzly population highs of 50,000 are now down to around 1,500 individuals. According to High Country News only around 700 grizzly bears live in the Greater Yellowstone ecosystem, the bears now targeted for hunting in Wyoming and Idaho.  The decline of whitebark pine due to non-native fungi and pine beetles also hurts the bears who eat the whitebark pine nuts. Many feel the bear is already embattled enough without being hunted as well.

I’m writing this article from a coffee shop in the Black Hills of South Dakota.  The Black Hills is known for fights between Plains Amerindians and the federal government as well as gunfighters, gamblers and TV shows like Deadwood.  South Dakota has its own history of bears.  Recently over a beer in a paleontology workshop, a friend told me that black bears have been spotted on camera traps in the Black Hills.

Seeing a black bear in South Dakota is only news because black bears were eradicated from the state long ago.  One legend says that General Custer, a man known for his genocidal clashes with Native Americans, shot South Dakota’s last black bear himself.

There are plenty of articles and speculation about the possible return of Black Bears to South Dakota.  The Rapid City Journal reported that repopulation of the state with Black Bears is possible.  Black Bears have been spotted in the Wyoming Black Hills just across the border from South Dakota and bears sometimes move east from Wyoming’s Big Horns.  Bears do move long distances and it is possible that left alone, bears will spread and establish themselves where they once were again. There is still a lot of development and growth of human population in places where bears once lived.  It remains uncertain how much habitat is left for bears to regain.

The truth is all bears have declined in populations from historic highs.  Defenders.org reports that there are around 600,000 black bears in North America, about half of those residing in the United States.  Black Bears live throughout most of their historic range in Canada but have mostly been killed off in Mexico.

In the US, there are remnant populations of black bears but large areas where they’ve been eradicated.  Mostly, black bears live in the south and the western US but also remain in places like Adirondack State Park where approximately 50 to 60% of New York’s black bear population of 6-8,000 live.  Black Bears had a much larger historic range than grizzlies, occupying the whole of North America, while they’re larger cousin only lived in the western portion.

Humans have long had a mixed relationship with bears.  On the one hand bears are often shown respect, even reverence.  Bears are used for symbols of strength and nobility. At the same time, European humans have shown a reluctance to adapt themselves to a peaceful co-existence with bears, especially the more dangerous brown bears.  Once, the federal government of the US actively worked to eradicate bears throughout the country, especially grizzlies in the west. Aldo Leopold wrote about the historic killing of a grizzly in New Mexico, in his essay Escudilla:

“No one ever saw the old bear, but in the muddy springs about the base of the cliffs you saw his incredible tracks.  Seeing them made the most hard-bitten cowboys aware of bear. Wherever they rode they saw the mountain, and when they saw the mountain they thought of bear. Campfire conversation ran to beef, bailes, and bear.  Bigfoot claimed for his own only a cow a year, and a few square miles of useless rocks, but his personality pervaded the country.”

In Leopold’s essay, the bear and the mountain are the same, to diminish one is to diminish the other and the death of the bear has tragic but subtle consequences, Leopold tells us how the landscape is diminished:

“Escudilla still hangs on the horizon, but when you see it you no longer think of bear.  It’s only a mountain now.”

The landscape, west and east, is forever changed by the lingering gap left by once thriving populations of bears, both brown and black.  It’s a tragedy that many people will never sleep in the woods just a little bit uncomfortable over the possibility of bears outside their tents.

When I worked in fisheries management in Alaska, I spent two months sleeping in a remote cabin on Afognak Island.  Early into my stay there, a supervisor was spending a couple of nights in the cabin. In the middle of a night, my supervisor sat up on her bunk and loudly screamed, “bear!”. It turned out my supervisor was only dreaming of bears, but it illustrates how bears seep into your psyche when they’re around.  In bear country, you walk more carefully; you consider your actions more closely. You act in accordance to the presence of bears. Bears can keep a person humble.

The loss of bears is a loss of an ancient part of humanity.  Once we lived with caution as we shared a world with lions, bears, wolves, elephants and mammoths.  We act as if we’ve tamed the world but in reality we’ve brutally killed much of it.

When I worked in Alaska I woke on another night, hearing a small splashing noise from a creek behind the cabin.  I quietly made my way outside and stood on our porch, where I could see the creek. In the creek was a Kodiak brown bear, fishing.  In the long, lingering twilight of Alaskan summer, I watched the bear fishing. Quietly I watched for a long time. I suspect our ancestors not only lived with fear of large, dangerous animals.  I suspect our ancestors were also filled with awe of those large animals. To know what we’re losing when we threaten bears and other similar animals, you have to see them for yourself. You can sense a little bit of the loss without seeing a bear though because they’re part of the rich tapestry of life that humans also sprang from.

Now in places like Wyoming and Idaho, we’re once again faced with the question of how much humans, who are used to taking everything are willing to give up for bears.  For the bears it’s a matter of survival.