Lost cities in the Amazon were built in harmony with nature • Earth.com 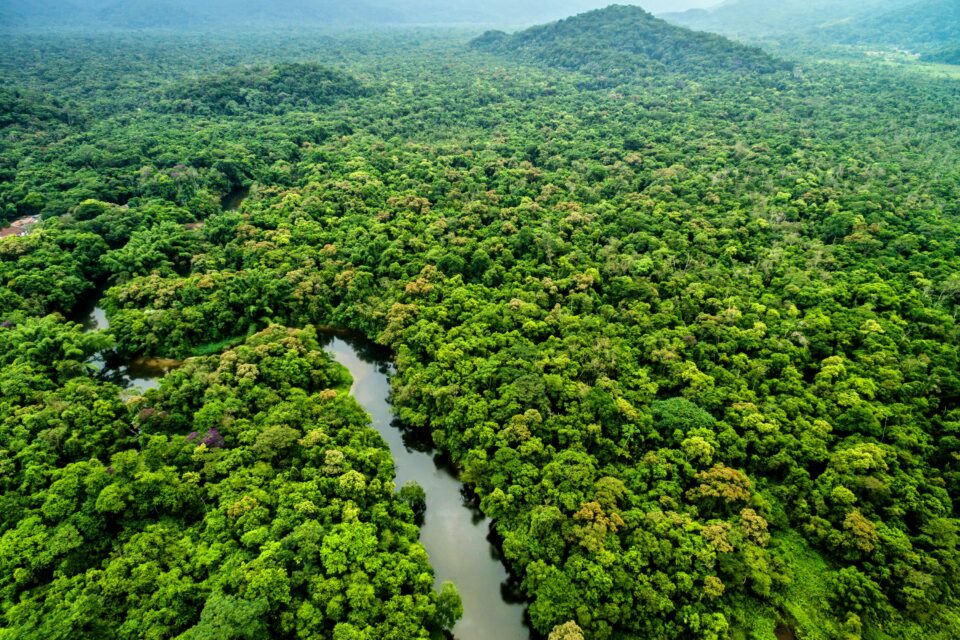 A newly discovered network of “lost” ancient cities in the Amazon could provide new insight into how ancient civilizations constructed vast urban landscapes while living harmoniously with nature. An international team of researchers uncovered intricate settlements that have been hiding under tree canopies for centuries in the Llanos de Mojos savanna-forest, Bolivia.

The cities, built by the Casarabe communities between 500-1400 AD, feature elaborate and intricate structures unlike any previously discovered in the region. This challenges the view of Amazonia as a historically “pristine” landscape. Instead, Amazonia was home to an early urbanism created and managed by Indigenous populations for thousands of years.

The cities were built and maintained alongside nature, using sustainable strategies that promoted conservationism and preserved the rich biodiversity of the surrounding landscape.

“We long suspected that the most complex pre-Columbian societies in the whole basin developed in this part of the Bolivian Amazon, but evidence is concealed under the forest canopy and is hard to visit in person,” said Professor José Iriarte of the University of Exeter.

“Our lidar system has revealed built terraces, straight causeways, enclosures with checkpoints, and water reservoirs. There are monumental structures that are just a mile apart connected by 600 miles of canals, long raised causeways connecting sites, reservoirs and lakes.”

“Lidar technology combined with extensive archaeological research reveals that Indigenous people not only managed forested landscapes but also created urban landscapes, which can significantly contribute to perspectives on the conservation of the Amazon.”

“This region was one of the earliest occupied by humans in Amazonia, where people started to domesticate crops of global importance such as manioc and rice. But little is known about daily life and the early cities built during this period.”

The team used lidar technology to peer through the forest canopy and examine the sites. This revealed the sheer magnitude and magnificence of the civic-ceremonial centres found buried in the forest. The research team suggests that the scale of labor and planning to construct the settlements is comparable only with the Archaic states of the central Andes.

The discovery provides new insight into how ancient urbanism was carried out sustainably and embracing conservationism. For example, seasonally flooded savannas were transitioned into productive agricultural and aquacultural landscapes.

The study shows that the Indigenous people managed forested landscapes and created urban landscapes in tandem. This is evidence of successful, sustainable strategies but also a previously undiscovered cultural-ecological heritage.

“These ancient cities were primary centres of a regional settlement network connected by still visible, straight causeways that radiate from these sites into the landscape for several kilometres. Access to the sites may have been restricted and controlled,” said study co-author Dr. Mark Robinson.

“Our results put to rest arguments that western Amazonia was sparsely populated in pre-Hispanic times. The architectural layout of Casarabe culture large settlement sites indicates that the inhabitants of this region created a new social and public landscape.”

“The scale, monumentality and labour involved in the construction of the civic-ceremonial architecture, water management infrastructure, and spatial extent of settlement dispersal, compare favourably to Andean cultures and are to a scale far beyond the sophisticated, interconnected settlements of Southern Amazonia.”