Maple trees (and syrup) under threat from climate change • Earth.com 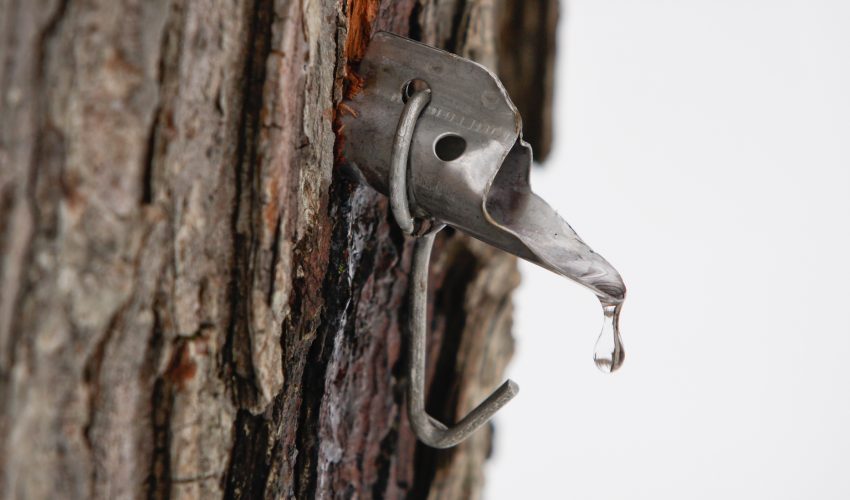 Maple trees (and syrup) under threat from climate change

Among the many disastrous consequences that could arise if climate change continues at its current rate, a new study from the University of Michigan reveals that an especially worrisome impact may be on the horizon; the disappearance of our natural sources of maple syrup.

Sugar maples are known for their beautiful fall foliage, as well as being our main source of maple syrup. They also happen to be the dominant tree species in the northern hardwood forests of eastern North America, including in the Great Lakes region. Researchers have recently found that with the forecasts of warmer temperatures and increased likelihood of summer drought in the Upper Great Lakes region, the sugar maples and other trees in that area will be put under a lot of additional stress.

On the flip side, forests around the world will be exposed to rising levels of nitrogen compounds generated by cars, power plants, factories, agriculture, and other human sources. While it’s considered a pollutant, these nitrogen compounds actually have a fertilizing effect on trees, and help promote growth. For years, climate scientists and forest ecologists have wondered whether the fertilizing effects of human-derived nitrogen would be enough to offset the additional stresses of a warmer, drier climate. Previous studies have produced contradictory results.

This new study, published in the journal Ecology, uses 20 years of data from four forest sites in both of Michigan’s peninsulas, and ultimately finds that nitrogen from human activities “will not fully compensate for the negative effects of growing under the drier forecasted climates.” As climate change marches on, the authors state that residents of the state should see a decrease in growth of sugar maples. Additionally, it appears that if the more extreme climate predictions hold true, sugar maples will eventually disappear from Michigan’s Lower Peninsula entirely.

“Under extreme climate scenarios, the increase in nitrogen won’t be able to compensate for decreased growth of sugar maples due to lack of water,” says Inés Ibáñez, an associate professor and forest ecologist at the University of Michigan.

Losing these trees would likely be a positive feedback loop, as the world’s forests remove about one-quarter of the carbon dioxide emitted into the atmosphere by the burning of fossil fuels. Fewer trees means more carbon dioxide in the atmosphere, further exacerbating the greenhouse gas problem.

“That’s why these questions about forest growth are so important,” says Donald Zak, a professor at the University of Michigan. “And the only way to get some of the answers is through the type of long-term ecological research used in this study.”

For their study, the researchers analyzed the combined effects of soil moisture, summer temperature, and nitrogen deposition on the growth of sugar maples from four different sites in Michigan. This encompassed records from more than one thousand trees over a period of roughly 20 years.