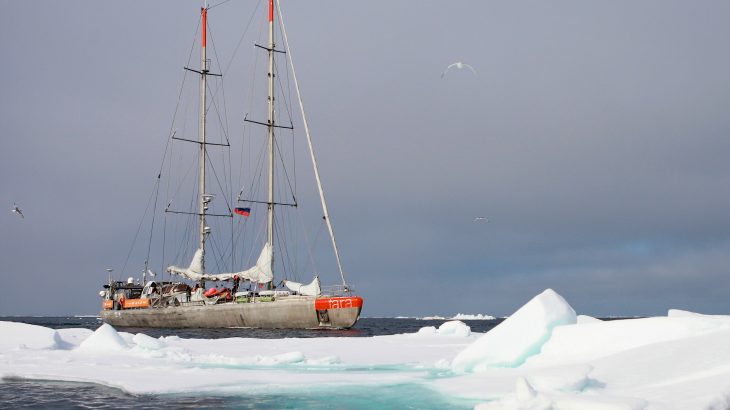 When we think of viruses, we usually think about the common cold, influenza, and viral infections, but we typically don’t imagine the oceans to be teeming with viruses.

However, that’s just what an international team of researchers discovered after conducting the first-ever global survey of virus diversity in the oceans.

After analyzing water samples collected aboard a sailboat called the Tara as part of the Tara Oceans project, researchers identified nearly 200,000 marine viruses.

The study, published in the journal Cell, is helping to shed important insight on issues like the impact of climate change on marine ecosystems and the evolution of viral species.

“Viruses are these tiny things that you can’t even see, but because they’re present in such huge numbers, they really matter,” said Mathew Sullivan, the senior author of the study. “We’ve developed a distribution map that is foundational for anyone who wants to study how viruses manipulate the ecosystem. There were many things that surprised us about our findings.”

The Tara project began in 2006 in an effort to better predict the impacts of climate change on marine processes through exhaustive data collection and unique science experiments.

For this study, a rotating team of researchers collected water samples at different depths between 2009 and 2013. The samples were then sent to different labs for analysis.

Almost 200,000 marine viral species were identified in the samples, and each virus came from one of five ecological zones.

The researchers also discovered that the Arctic Ocean is home to a biodiversity hotspot for marine viral species which was completely unexpected.

Having a more fleshed out picture of marine viral species abundance, diversity, and location is important given the fact that marine microorganisms have a large influence on the ocean’s carbon storage capabilities and the amount of oxygen emitted from the ocean.

“In the last 20 years or so, we’ve learned that half of the oxygen that we breathe comes from marine organisms,” said Sullivan. “Additionally, the oceans soak up half of the carbon dioxide from the atmosphere.”

Marine viruses could help excess CO2 at the surface sink to the bottom, which in turn could help combat climate change and CO2 emissions.

“Previous ocean ecosystem models have commonly ignored microbes, and rarely included viruses, but we now know they are a vital component to include,” said Sullivan.