There’s a market for mushrooms from above and below the ground • Earth.com 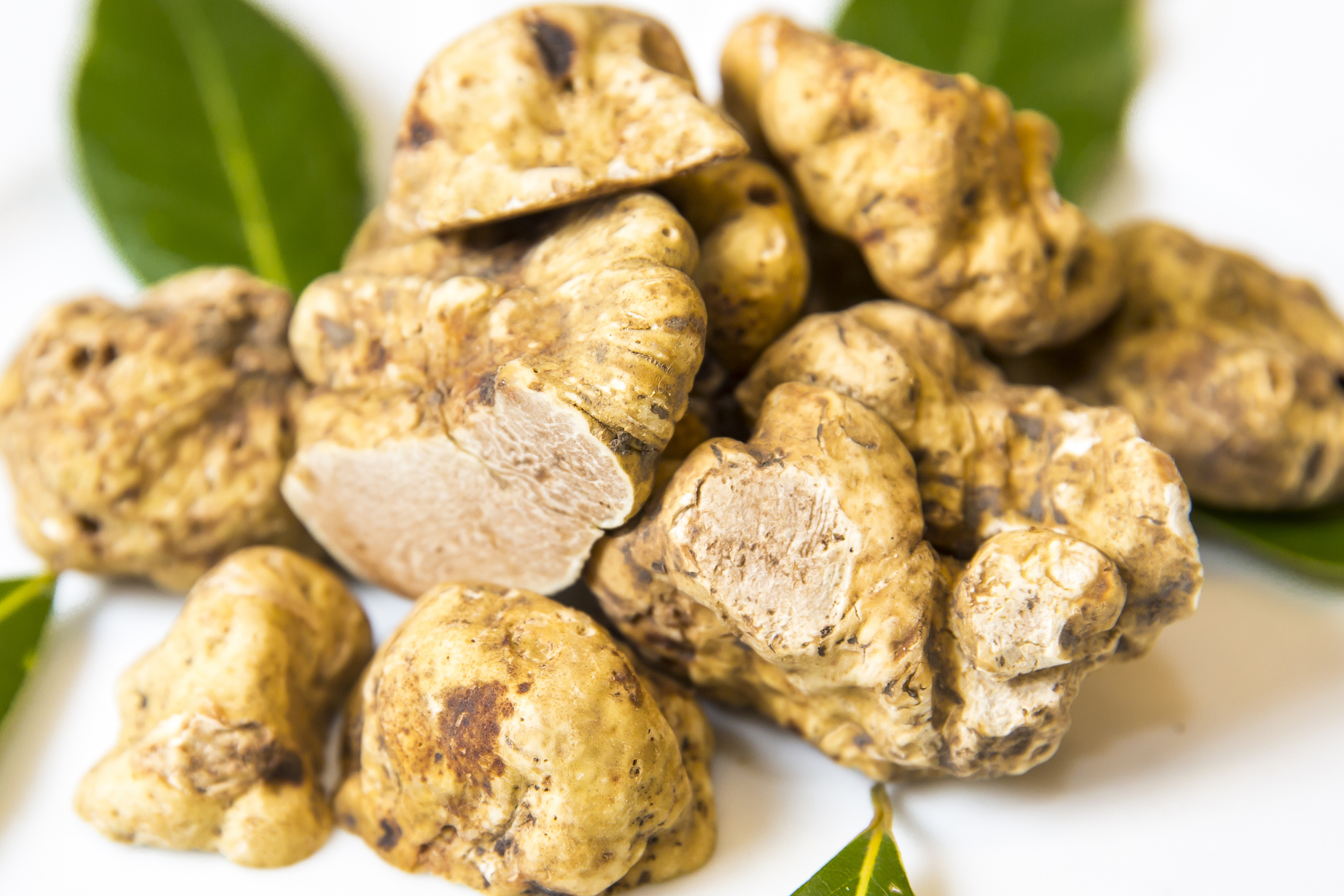 Fungi are important, as they assist plants by joining their roots and supplying nutrients that plants have a hard time obtaining on their own.  Fungi also break down rotting things, creating soil of old trees and dung. Without fungi, forests may be overrun with old logs, refusing to break down.  Fungi are also delicious and important sources of food for many animals, including humans.

For all of human history, wild edible plants and fungi have been part of our diet.  Traditionally different plants, animals, shells, and stones were traded between groups of people living in different geographic locations.  Only relatively recently have people begun to sell wild plants and fungi for a profit.

Truffles are one of the most valuable of wild edible products.  According to Mental Floss, Black Truffles sold for $95 per ounce in recent years, and White Truffles going for $168 per ounce.  Most of these pricey truffles are found in Italy and other parts of Europe, but American truffles can be sold for a good price as well.  According to Eater, some US truffles are now selling for $40 to $800 per pound depending on the variety.

Truffles have been on earth longer than humans, according to TruffleSpecialty, truffles are about 280 to 360 million years old.  Ancient Babylonians around 3000 BC were already searching for truffles to eat and the Ancient Greeks attributed aphrodisiac powers to the strange fungi.

It’s perhaps France that’s best known for truffles though, along with other cuisine of course.  An article in Discover Magazine reports that before World War I, France produced as much as 1,000 tons of the finest variety of truffle.  The annual harvest in France was around 30 tons in 2,000. Traditionally in places like France, farmers planted oak trees in the hopes that the roots of the tree would become inoculated with truffle spores and grow a subterranean crop.

Truffles form a symbiotic relationship with certain trees, giving and taking certain nutrients from the tree roots, both organisms benefit from the relationship.  No fungi can synthesize carbohydrates the way plants can, which is why many grow on dead trees or in herbivore dung, to collect carbohydrates. Some fungi like truffles partner with living trees to get carbohydrates and offer the trees other nutrients that tree roots can’t easily absorb.  Until recently, trees were just planted in hopes of attracting truffles but now farmers can directly inoculate tree roots with spores, giving them a greater likelihood of growing the valuable fungi. Still most truffles are collected in the wild by people searching in forests.

It’s hard for humans to find truffles alone, as they’re underground and it takes a keener nose than the ones Homo sapiens use to sniff them out.  It is possible to collect truffles without help but it’s also more damaging.  Trees that often grow truffles will have bare patches of dirt over the mushrooms and some people simply rake up all the truffles below.  Raking causes a lot of damage to the fungi supporting the truffle fruit and sometimes brings up unripe (and useless) truffles.

The strong smell of truffles attracts a number of rodents and other animals, intent on eating the fungi fruit.  Being eaten is actually what the truffle “wants” as this is how truffle spores are spread and what makes reproduction successful.

At one time, pigs were the animal of choice for truffle hunters.  Apparently black truffles contain a sex hormone found in male pigs; which explains the attraction.  Although later experiments showed pigs ignore the hormone by itself and go crazy over the truffles, so perhaps pigs just like a good mushroom, like humans.  The biggest problem with using pigs to hunt for truffles is that the pigs love eating the mushrooms as well. It can be hard for a person to take a truffle from a pig and sell it.  Dogs are becoming more popular for truffle hunters, canines don’t seem as interested in truffles, instead being happy just to get a treat from a human for their work.

The ascendency of dogs being used to hunt for truffles has led to a whole new enterprise: classes to teach your dog truffle hunting procedures.  WideOpenPets suggests five dogs for truffle hunting:  Lagotto Romagnolo (specifically bred for truffle hunting), Springer Spaniel, Hounds, Standard Poodle and Belgian Malinois (very similar to a German Shepherd).  Really almost any dog can be trained to sniff out truffles, though. What’s important is that a dog is capable of walking possibly long distances through the forest, has a good sense of smell and the desire to please.

Dog trainers have started offering courses in mushroom sniffing in the United States.  A two day class at the Oregon Truffle Festival in January 2018 cost $595.00 for one dog and one person to attend.  The Truffle Dog Company offers cheaper classes in Washington.  For $235, two people and two dogs can attend classes for six sessions and get included online instruction available for a year after signing up.  Online classes are even cheaper but I wonder how effective they could be for truffle hunting. There’s also an online list of instructors, mostly in Oregon and Washington but also Tennessee and New Zealand.

Truffles aren’t the only mushroom to be found with foraging and many others are easier to find.  Morels and chanterelles have fairly distinct forms and are also found to be delicious by many. Oregon Mushrooms is now selling chanterelles for $25 per pound and dried morels at 2 ounces for $17.50.  These are just two examples of the many mushrooms that are edible in the US.  Puffball mushrooms for example are also edible.. before they go to spores and live up to their name.

According to one study, there are an estimated 5.1 million species of fungi on earth but only 70,000 of them have been described.  This means that chances are high you’ll encounter a poorly understood fungi sometime, whether in searching for mushrooms or just wandering the forest or seeing bread mold at home.  Even with well-known mushrooms, things can be tricky. There’s one species of mushroom that was traditionally used by indigenous people in Alaska as a hallucinogen, the same species is said to be deadly in Colorado due to differences in soil or environment.

Some mushrooms are very hard to identify and it’s often best to bring an expert with you while collecting mushrooms to eat (or sell).  With reasonable caution though, many people can learn to identify at least a few of the most obvious edible mushrooms, given they live in an area rich with fungi.  Good guide books focus mostly on the relevant region and show which dangerous varieties are similar in appearance to edibles.

If you’re careful, hunting for mushrooms in the wild might be a good hobby job or a fun way to collect delicious food for yourself, or a nice activity for you and your dog.  One thing to keep in mind is that some areas require permits for collecting, so it’s best to check before you head to the woods.