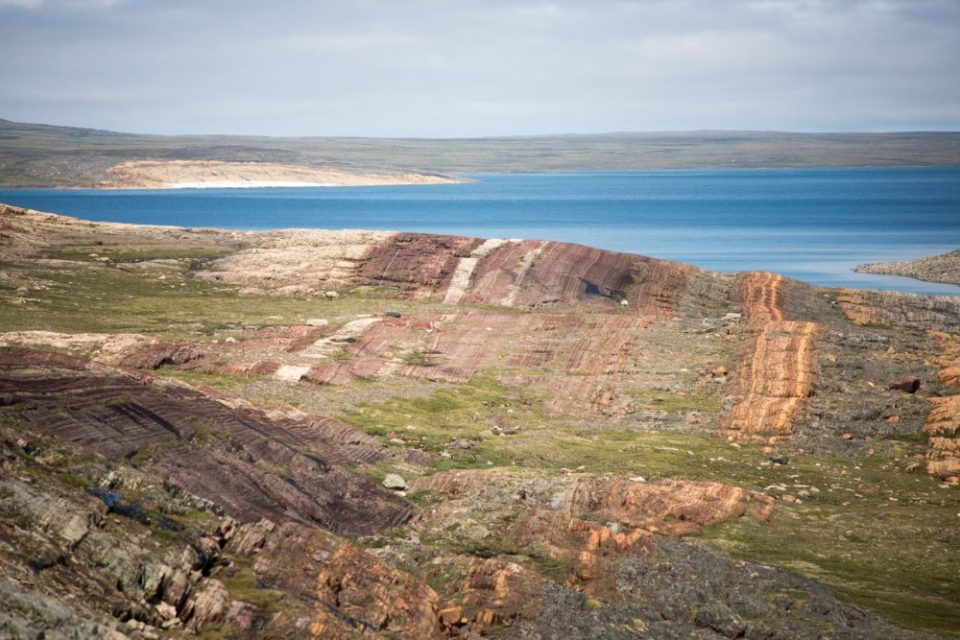 More than 2 billions years ago, 'mass dying' almost snuffed out life on Earth

When people think of mass extinctions, the first that may come to mind is the die-off of most of the dinosaurs. But more than 2 billion years ago, an event scientists are calling the “mass dying” nearly wiped out life on Earth entirely. More than 70% of living species vanished.

Now, a chemical study of ancient rocks from Canada’s Hudson Bay is giving researchers some insight into how the previously unknown mass dying occurred.

Led by doctoral candidate Malcolm Hodgskiss of Stanford University and Dr. Peter Crockford of the Weizmann Institute of Science, the researchers studied barite, a sulfite mineral that contains a natural record of oxygen levels in the atmosphere. By looking at that oxygen record and sulphur and barium isotopes in the mineral, the researchers gained some insights about the mass dying.

About 2.4 to 2.1 billion years ago, according to that sulfite record, oxygen levels shot up in what is called the Great Oxidation Event. The vast new supply of oxygen led to an explosion of life – not large animals like today, but mainly microorganisms. Then, about 2.05 billion years ago, three quarters of that minuscule life vanished in the mass dying.

“This shows that even when biology on Earth is comprised entirely of microbes, you can still have what could be considered an enormous die-off event that otherwise is not recorded in the fossil record,” Hodgskiss said in a press release.

The researchers had hoped that the barite would give them some insight into life 2 billion years ago. They weren’t expecting to find evidence of the mass dying.

“The fact that this geochemical signature was preserved was very surprising,” Hodgskiss said. “What was especially unusual about these barites is that they clearly had a complex history.”

The discovery of the mass dying adds evidence to a theory known as oxygen overshoot. According to the theory, microorganisms added oxygen to Earth’s atmosphere through photosynthesis. As microorganism levels grew, more oxygen was produced – but eventually, the tiny creatures outgrew their resources and their numbers collapsed.

Hodgskiss and Crockford were aided by researchers from Nanjing University, the University of Colorado-Boulder and the Woods Hole Oceanographic Institution. The study has been published in the journal Proceedings of the National Academy of Sciences.

Funding was provided by the Northern Scientific Training Program, National Geographic, Geological Society of America, the Natural Sciences and Engineering Research Council of Canada, the Agouron Institute, the American Philosophical Society, and through Stanford University’s McGee and Compton Grants.