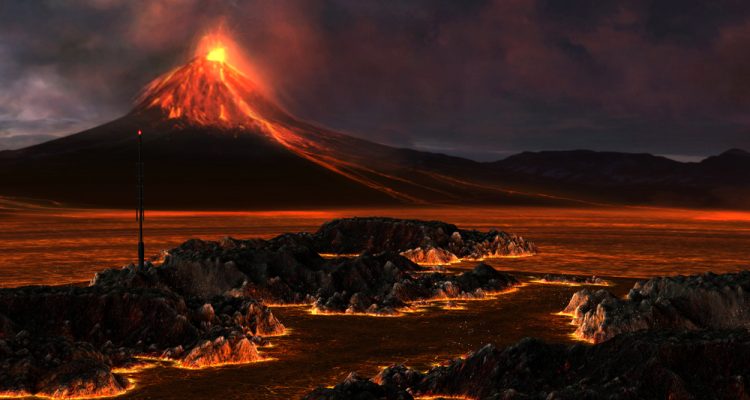 Scientists have discovered a new lake under the Cerro Uturuncu volcano in Bolivia, but it’s not safe to swim in.

The body of water is more than 9 miles beneath the dormant Cerro Uturuncu volcano, and has dissolved into partially melted rock at a temperature of about 1,800 degrees Fahrenheit.

The volcano is located on the Bolivian Altiplano, which has been the site of volcanic activity for millions of years. There are no currently active volcanoes on the Altiplano.

The scientists from England, Canada, Germany, France and Wales believe their findings may offer some answers as to how and why volcanoes erupt.

Volcanoes with molten silicate rock can only dissolve water under high pressure, said Dr. Jon Blundy, a professor in the University of Bristol‘s School of Earth Sciences who participated in the research. When pressure lowers, the water escapes as bubbles, which could spur an eruption.

The scientists now wonder whether other volcanoes could hide similar bodies of water that may be triggering eruption activity.

The Bolivian Altiplano is unique in that it has a “geological anomaly”: about 360,000 cubic miles of partially molten rock located about 9.3 miles underground.

The research team measured and analyzed the electrical conductivity of the rock, finding that water was dissolved into the silicate melt.

The large amount of water dissolved into the molten rock is about the same amount as found in one of the Great Lakes, and is the only way to explain the high conductivity of the molten rock, the scientists concluded.

The findings could explain similar electric conductivity readings for volcanoes in the Cascades along the Pacific Coast and New Zealand’s Taupo Volcanic Zone, the study postulated.

The team’s research has been published in the journal Earth and Planetary Science Letters.