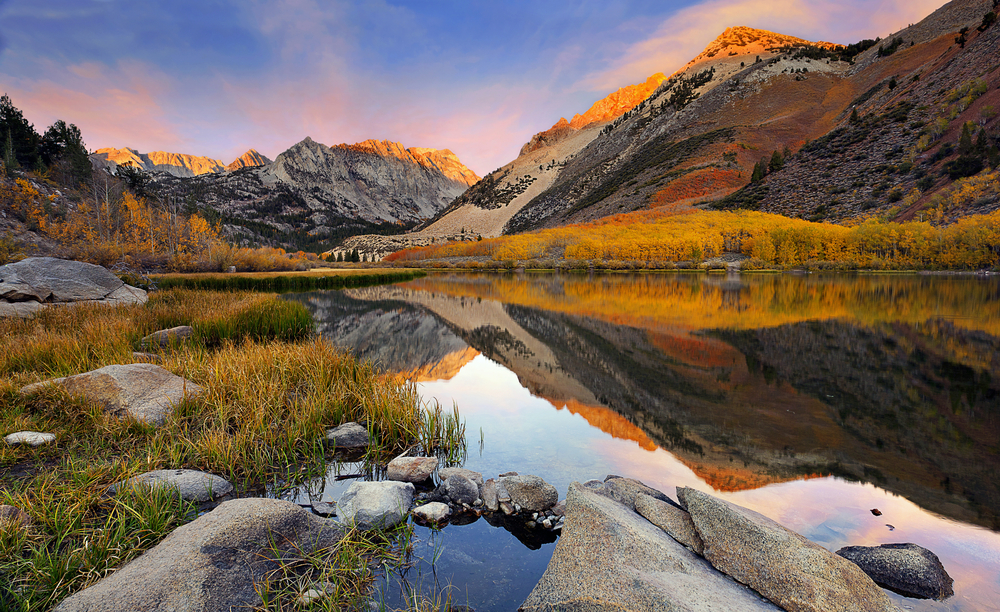 Meadow restoration in California. Could restoring some of the surviving meadows in the Sierra Nevada mountains help California bring its carbon emissions down to 1990 levels in the next three years?

The question spurred a team of researchers from the University of Nevada, Reno and citizen scientists with the Earthwatch Institute to hit the trails, armed with equipment to investigate.

Settlement in the mountains along the California and Nevada border since the mid-1800s has led to the destruction of many of the region’s meadows, said Dr. Ben Sullivan, a professor with the university’s Soil Science Laboratory – and released the carbon stored in the soil for long periods into the atmosphere.

Water use also dried out the soil in former meadows, microbes move in, degrading the carbon and causing it to be released as gas, he explained.

While trees and shrubs move into the former meadow space, they can’t take in nearly enough carbon to keep up, Sullivan added. A single acre of meadow can release more carbon through degradation than 11 acres of forest can absorb, he said.

The university decided to team up with Earthwatch Institute and its ranks of volunteer citizen scientists to study four meadows in the Truckee River watershed. Volunteers included 75 citizens from the local area, including a team of high school students from Reno and college students from UNR and the Berkeley Forestry Field Camp.

The researchers and citizen scientists took samples from trees, shrubs, grasses, and soils. They also measured diameter and height of trees and shrubs and collected other data.

The volunteers’ help allowed the sampling to be done over the course of a few days instead of several weeks, and gave the students valuable experience in the field, Sullivan said.

Sullivan and his team at the UNR Soil Science Lab will use the collected data to determine how much carbon is being stored in the four meadows, and create a model that can be used by the State of California Air Resources Board to sell carbon credits in exchange for the meadows’ restoration. The board’s cap-and-trade program is one of a number of efforts to bring California’s carbon emissions down to 1990 levels by 2020.

Sullivan hopes to expand the research to more meadows in the Sierras.

Organizations participating in the data collection expeditions included University of Nevada, Reno, the Earthwatch Institute, the University of California, Berkeley, the Plumas Corporation, CalTrout, and the Truckee River Watershed Council.