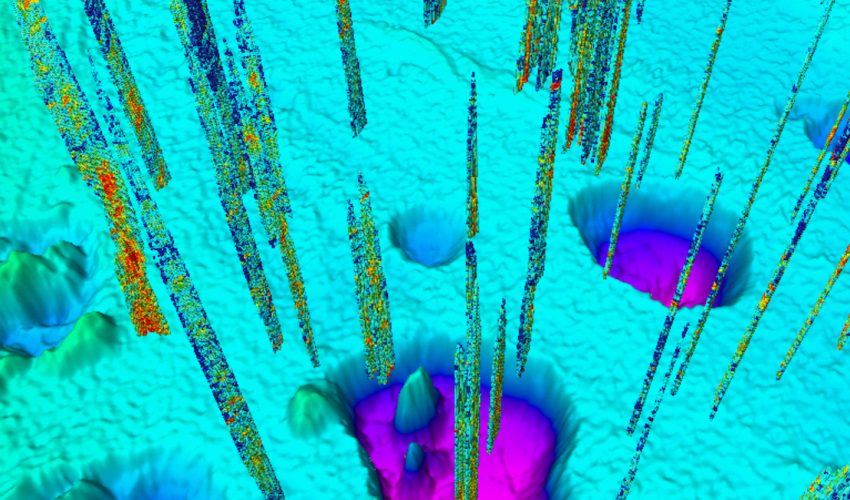 The Arctic Ocean floor is host to many ice-like, solid mixtures of gas and water, known as “hydrates.” These hydrates are stable under cold temperatures and high pressure, so the arctic ice sheet is able to provide ideal conditions for these subglacial hydrate formations – which are generally full of methane.

But scientists have found that in the past, about 2000 meters of ice pressed upon what is now the ocean floor. Under this ice, methane gas from deep hydrocarbon reservoirs traveled upwards, but was unable to escape. This methane was stored as gas hydrate in the sediment. Over time, it was fed by gas from below, creating over-pressured conditions.

“As the ice sheet rapidly retreated, the hydrates concentrated in mounds, and eventually started to melt, expand and cause over-pressure,” explains Karin Andreassen, first author of the study and professor at CAGE Centre for Artic Gas Hydrate, Environment, and Climate. “The principle is the same as in a pressure cooker: if you do not control the release of the pressure, it will continue to build up until there is a disaster in your kitchen. These mounds were over-pressured for thousands of years, and then the lid came off. They just collapsed releasing methane into the water column.”

These explosions formed craters – some 12,000 years old – where methane still leaks from today. With methane being a major greenhouse gas, this is a significant concern in our warming climate. Scientists have identified roughly 600 of these “flares” in and around the craters, which are releasing methane into the water column. “But that is nothing compared to the blow-outs of the greenhouse gas that followed the deglaciation,” says Andreassen. “The amounts of methane that were released must have been quite impressive.”

New imaging technology shows that these craters currently cover an area much larger than previously thought. The new technology also allows scientists to study the craters in more detail, some of which are up to 1 kilometer wide.

This study provided a closer examination of past disruptive ice glaciation events, and also used new imaging technology that will provide a better source of examination. “Our study provides the scientific community with a good past analogue for what may happen to future methane releases in front of contemporary, retreating ice sheets,” concludes Andreassen.