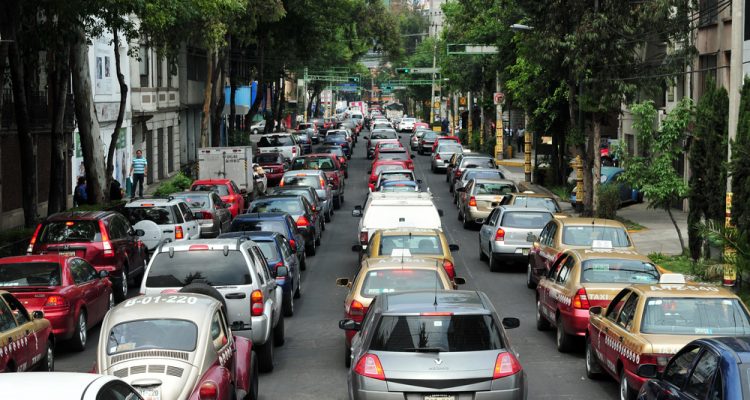 Imagine living where the air pollution levels are so high that dead birds drop out of the sky and fall to the ground around you, or where the simple act of breathing in and out carries the same health risk as smoking two packs of cigarettes a day. That’s what people in Mexico City have experienced for decades, leading city officials to test programs to improve air quality.

First, they restricted driving on a couple of days during the week. It didn’t do much to affect pollution levels. The latest step in their bid for cleaner air extended the driving restrictions to include Saturdays.

The restriction program functions based on vehicle license plate numbers. Plates ending in certain numbers can’t be driven on certain days of the week between 5 a.m. and 10 p.m. The ban applies both to personal and commercial vehicles.

However, the driving restrictions aren’t producing results. According to a study published in the journal Scientific Reports, air pollution levels in Mexico City aren’t dropping. Scientists looked at data from 29 air pollution monitoring stations positioned around the city. Data collected from 2005 to 2012 indicated that emission levels of carbon monoxide, nitric oxide, nitrogen dioxide, nitrogen oxide, ozone, large and small particulates, as well as sulfur dioxide did not reduce after implementation of the driving restrictions.

University of California Berkeley Associate Professor Lucas W. Davis found no indication of an increased number of people using public transportation, making him think that people are purchasing multiple vehicles or using services like Uber to get around driving restrictions.

“Saturday driving restrictions are a flawed policy,” he said. “It’s a big hassle for people and does not improve air quality.”