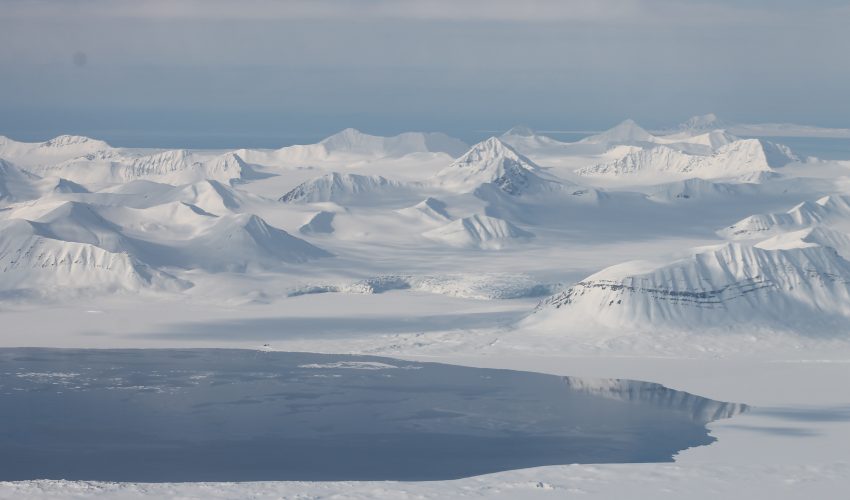 The Earth’s warming climate and melting glaciers in the Arctic are affecting microbial activity, and that has the potential to make the problem worse, according to a new study.

A team of scientists from the University of Bristol has offered up new research showing that receding glaciers are providing delicate ecosystems in the Arctic for microbial life.

The microbes that currently live in the Arctic struggle with long, cold winters with a severe shortage of nutrients, and short summers.

However, as global surface temperatures rise, that balance has shifted, the scientists said. Summers in the Arctic are getting longer, and winters are warming up. That could lead to a new source of carbon dioxide being added to the atmosphere, scientists said.

The changing climate could encourage microbial activity, increasing growth and respiration rates, the researchers said. The longer summers could also provide more access to the nutrients the microbes need, allowing them to increase their numbers.

“It takes decades to feasibly monitor long term ecological change,” said Dr. James Bradley, the study’s lead author, who has since moved from the University of Bristol to the University of Southern California. “Recently designed modelling software allows us to manipulate and simulate experimental conditions over century timescales to enable long-term predictions of the effects of climate change on ecosystems.”

In addition to the modelling programs, the researchers spent two years studying a field location in Svalbard, an archipelago off the northern coast of Norway.

At the field site, glaciers have made a dramatic retreat, exposing soil to the air for the first time in centuries, the researchers said. That glacial retreat exposes carbon dioxide-producing microbes in the soil to the atmosphere.

Arctic warming is expected to continue, and the Bristol scientists believe glaciers will continue to melt and expose soil throughout the Arctic region.

“These findings show that we need to pay greater attention to the ecological consequences of climate change in Arctic soils,” Bradley said in a press release.

The new study has been published in the journal Frontiers in Earth Science. Funding was provided by the Natural Environment Research Council.