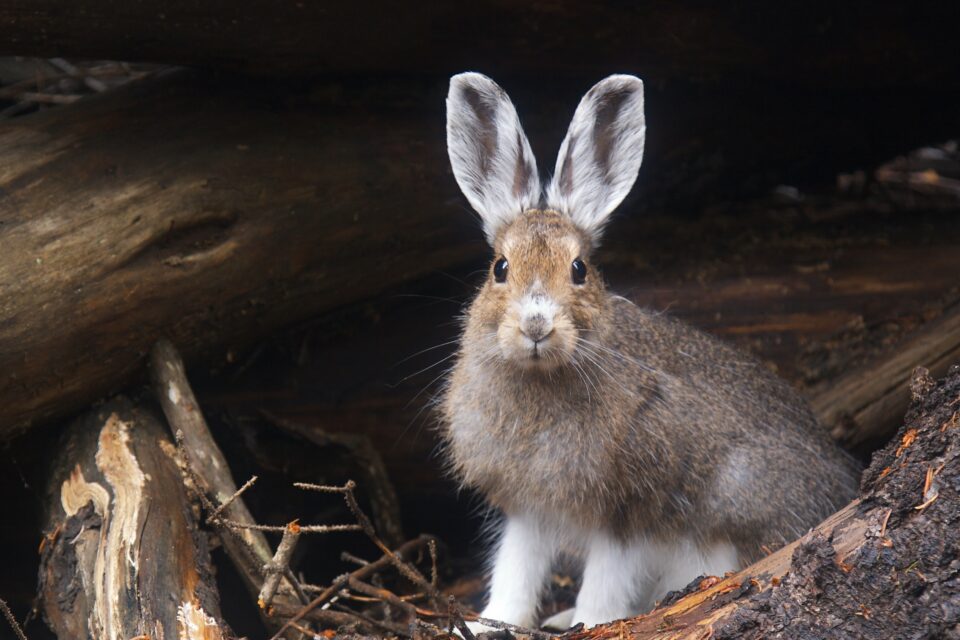 The number of snowshoe hares in a forest is a good indicator of how healthy the ecosystem is, and scientists have now applied a new method to find out.

Usually, live-trapping is used by researchers for determining the density of snowshoe hares and other small mammals. However, this method is costly, requires a team of people to manage, and can potentially harm the animals.

The researchers have adopted an improved, more humane method for monitoring the population density of snowshoe hares that is based on newly developed camera-trapping methods.

“Snowshoe hares are considered a keystone, boreal forest species and there’s been some evidence that hare populations are changing as the climate warms,” said study co-author Dan Thornton. “This study comes out as rapidly changing climatic conditions are altering our natural plant and animal communities worldwide.”

Cameras have long been used to study the presence and population density of large cats, like the Canadian lynx for years. This is because large cats are easily distinguishable, with unique markings that differ between individuals. Snowshoe hares have unmarked coats, making it difficult to use traditional camera trapping methods.

Analytical models have been recently developed that use photographs to extract data such as animal speed and location. While these models have been effective in estimating the density of unmarked animals such as hares, the approach has not yet been used in the wild. Questions remain as to whether the modeling approach is as reliable as traditional, live-trapping methods.

In 2019, researchers from Washington State University designed a large-scale field test to analyze the camera method while investigating the density of snowshoe hares at various forested sites on the eastern edge of the North Cascades in Washington. The experiment successfully trapped 770 snowshoe hares and collected 13,608 camera trap photos.

To determine effectiveness, the research team compared live-trapping and camera-trapping data. The study found that, overall, density estimates from the cameras had an 86 percent correlation with live trapping data. “Until now, cameras could only really tell us if the hares are there or not there,” said Thornton.

To validate the reliability of this approach, the researchers plan to use camera trapping methods in larger scale experiments. The research could help map the health of snowshoe hares and other unmarked animals, and shed new light on the health of forests themselves.