Modifying a mosquitoes sense of smell can help prevent spread of disease • Earth.com 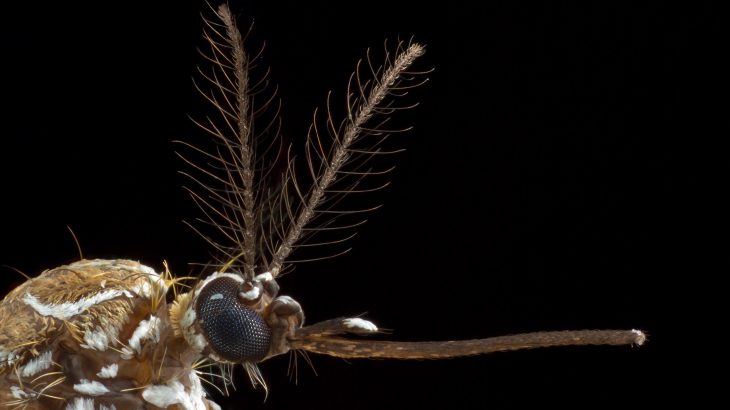 From West Nile virus to Malaria, mosquito-borne diseases continue to plague many countries around the world and cause millions of deaths each year.

To prevent the spread of mosquito-borne diseases, scientists must first understand how mosquitoes seek out and choose their hosts.

In a new study published in the journal Current Biology, researchers from the Florida International University of Miami discovered which olfactory receptors help female mosquitoes pick up the scent of human sweat, or more specifically, the acidic volatiles present in human sweat.

The researchers expanded on previous studies that found that by disrupting a mosquito’s olfactory receptor, the mosquito had a harder time telling the difference between humans and animals.

The researchers focused on an olfactory coreceptor called Ir8a, which is found in the antenna of Aedes aegypti mosquitoes, and used CRISPR/Cas9 gene editing to disrupt the receptor’s abilities.

The gene-edited mosquitoes carrying a mutant version of Ir8a weren’t drawn to the lactic acid found in sweat and were not able to pick other acidic volatiles in human odors.

Modifying the receptor did not change a mosquito’s sensitivity to CO2, but it did reduce the mosquito’s ability to seek out human hosts.

“Removing the function of Ir8a removes approximately 50 percent of host-seeking activity,” said Matthew DeGennaro, a senior author of the study.  “Odors that mask the IR8a pathway could be found that could enhance the efficacy of current repellents like DEET or picaridin. In this way, our discovery may help make people disappear as potential hosts for mosquitoes.”

The study could help pave the way for the development of innovative mosquito repellents that tackle the underlying mechanisms driving host-seeking behavior.

“The transmission of diseases like dengue, yellow fever, Zika, and malaria can be blocked if we stop these mosquitoes from biting us,” said DeGennaro. “In order to find new solutions to prevent mosquito bites, we need to focus on understanding the molecular basis of mosquito behavior.”