Mothers can use singing to engage with infants • Earth.com 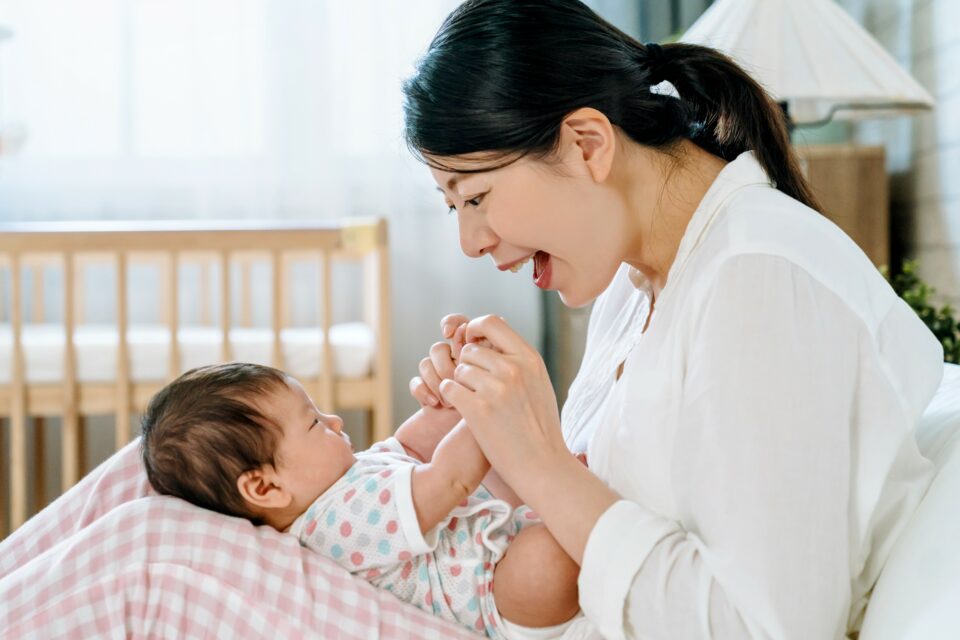 The University of Miami Frost School of Music is about to embark on a new research study that will help at-risk mothers to engage with their babies through singing. The research will be led by Shannon de l’Etoile, professor of Music Therapy at the school, and funded by the GRAMMY Museum Grant Program.

De l’Etoile is no stranger to the benefits of singing lullabies to babies. As a young music therapist in Colorado, she saw that when disadvantaged mothers were encouraged to sing to their babies, the positive responses they received were remarkable. She realized that music could be a powerful tool to help mothers learn more about their infants and to build a relationship with their new child.

In her previously published research, de l’Etoile states that: “Mothers around the world intuitively utilize and modify specific musical elements when singing to their infants. In response, infants show alterations in attention and arousal as well as clear preferences for their mothers’ unique singing style.” De l’Etoile found that infant-directed singing has a number of benefits, most importantly that it helps babies learn to regulate their emotions. This, in turn, enables them to navigate socialization, school and the professional world more effectively, according to de l’Etoile, who has spent her career studying the habit.

“If a mother can sing in a way that captures the infant’s attention, it can help them tap into those brain structures that they need to develop for self-regulation,” said de l’Etoile, a board-certified music therapist and associate dean of graduate studies at the University of Miami’s Frost School of Music.

Infants appear to be biologically predisposed to perceive the nuances of music and this form of input can provide developmentally appropriate sensory stimulation. While singing to an infant comes naturally for most mothers, it is not as easy for mothers who find themselves in difficult circumstances. De l’Etoile has observed that mothers impacted by depression, domestic violence, or substance exposure may need encouragement and guidance to provide this unique form of caregiving.

“Infant-directed singing is a way that mothers communicate with their babies that most infants can recognize and respond to. But to be most effective, the mother needs to be attentive and sensitive to infant cues,” said de l’Etoile. “For some moms that may not be happening and that impacts the infant.”

De l’Etoile has been working with the College of Arts and Sciences Department of Psychology’s early intervention program at the Linda Ray Intervention Center to create a coaching program that will guide mothers in the practice of infant-directed singing. Her efforts have now received financial support from the GRAMMY Museum Grant Program, according to a news release from the University of Miami. Her program is one of just six scientific research projects that earned funding from the organization this year.

The Linda Ray Intervention Center has conducted cutting-edge research over the past three decades, focused specifically on the needs of children from birth to the age of two years. De l’Etoile’s new intervention program will be aimed at improving the developmental outcomes of at-risk infants by supporting their mothers to develop secure bonds with these infants, particularly through the use of infant-directed singing.

“We want to give moms and caregivers these tools they can use, so that they can feel empowered to help their babies thrive,” de l’Etoile said. “Building self-regulation at an early age is so important because it helps children deal with adversity. Children who don’t regulate well are lacking in resilience, and they may have problems later in life, like obesity, addiction, and aggression.”

“One of our main goals is to provide families with opportunities to learn new strategies and techniques that support positive parent-child interactions, and this pilot may strengthen parenting skills as well as a parent’s ability to help their child self-regulate,” Chica said. “We believe this is a great way for healthy attachments to develop between parent and child.”

In addition to analyzing videos of the mother-infant interactions, de l’Etoile will also work with the Frost School’s music engineering program to analyze recordings of the mother’s voice. She hopes the analysis will reveal changes over time in the mother’s ability to modify her singing according to the infant’s emotions, as well as in the extent to which the infant is engaged and comfortable.

“For an infant to make progress toward self-regulation, they need focused attention on the mother. And they also need to have achieved an optimal level of arousal where they are not excited, or fussy, but comfortable,” she said.

Both Chica and de l’Etoile are eager to begin with the training, now that they have spent more than two years working closely together to develop the program so that it aligns with the needs of the Center’s families.

“We want this project to have a lasting legacy and impact, not just for us to have positive outcomes but to create a model for how a program like this could be implemented in other early intervention facilities,” de l’Etoile said.