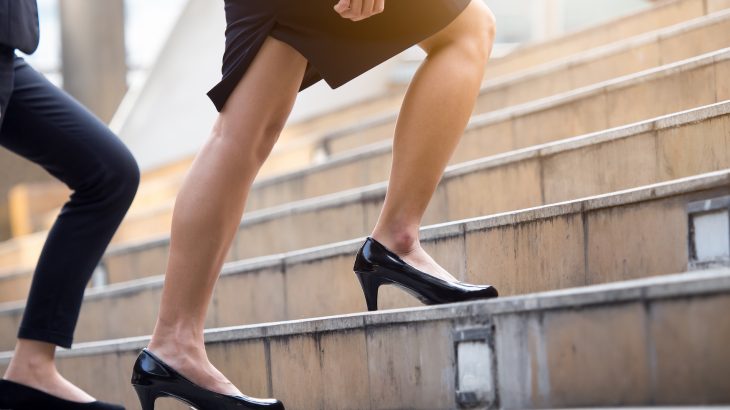 We all know the many proven benefits to exercising, but some people are daunted by the idea of hitting the gym every day for a physically demanding work out.

However, researchers from the Swedish School of Sport and Health Science say that exercising more could be as simple as taking the stairs every day rather than ramping up a workout to the extreme.

“People think they have to start going to the gym and exercising hard to get fitter,” said Dr. Elin Ekblom-Bak, an author of the study. “But it doesn’t have to be that complicated. For most people, just being more active in daily life – taking the stairs, exiting the metro a station early, cycling to work – is enough to benefit health since levels are so low to start with. The more you do, the better.”

Exercising more, regardless of what level of physical fitness you start at, is one of the best ways to increase longevity and live a longer, healthier life, according to a new study presented at EuroPrevent 2019.

The study was the largest cardiorespiratory fitness study to date and included data on 316,137 adults aged 18 to 74 who had a health screening between 1995 and 2015 in Sweden.

Maximal oxygen uptake (VO2 Max) was used to assess cardiorespiratory fitness, as VO2 Max measures the maximum amount of oxygen the heart and lungs can provide the muscles during physical activity.

Overall the researchers found that the risk of all-cause mortality dropped 2.8 percent and heart attacks dropped by 3.2 percent the more VO2 Max increased.

Each milliliter increase in VO2 Max decreased the risk of death and heart attack.

These positive benefits were experienced by all age groups and held true for both men and women.

“It is particularly important to note that an increase in fitness was beneficial regardless of the starting point,” said Ekblom-Bak. “This suggests that people with lower levels of cardiorespiratory fitness have the most to gain from boosting their fitness.”

The study emphasizes the importance of physical fitness but shows that even at the most basic of levels, a little exercise goes a long way in helping people live longer.