How naked mole-rats can turn into plants when low on food • Earth.com 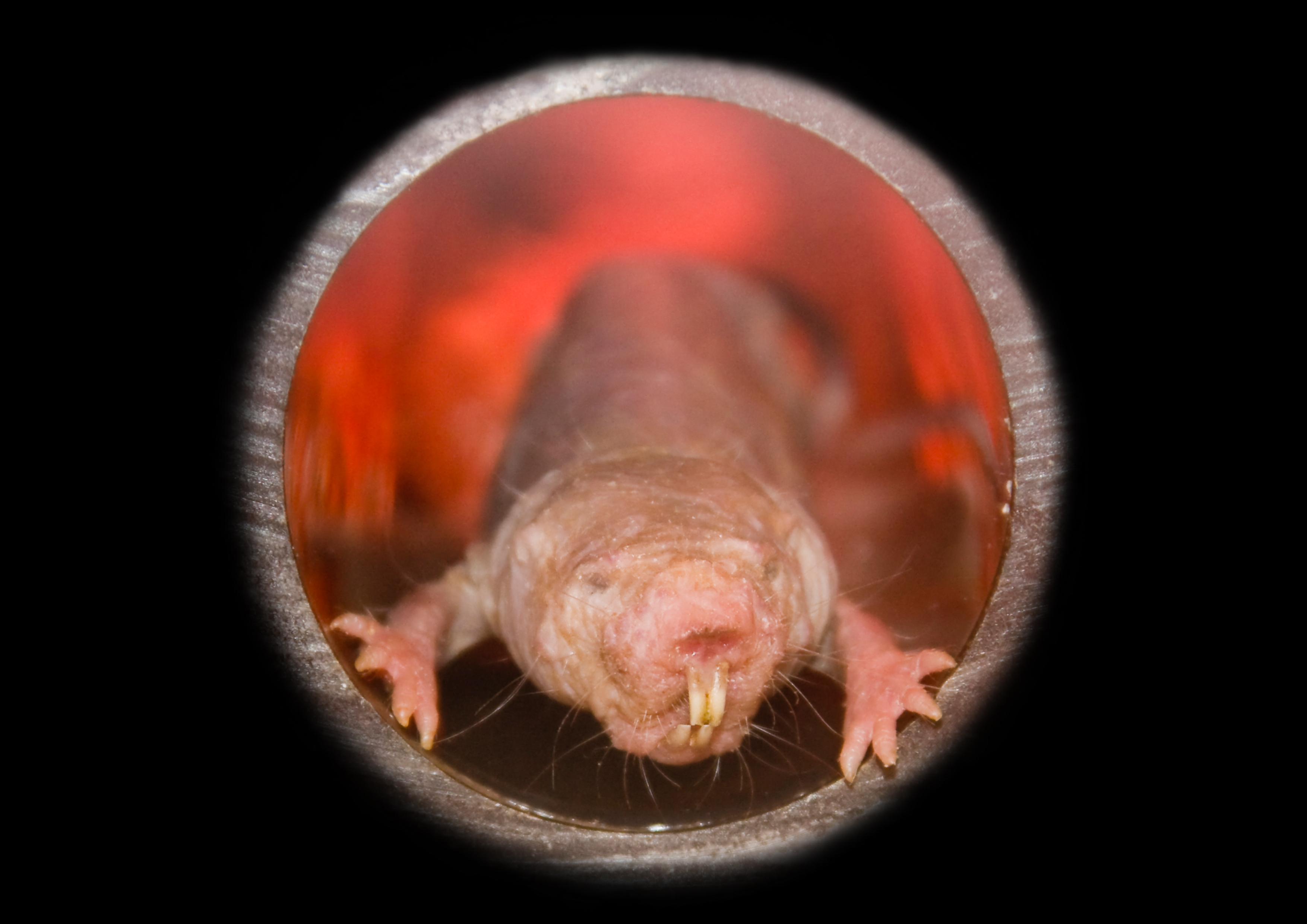 This strange, cold-blooded mammal lives decades longer than any other rodent, rarely gets cancer, and is impervious to many forms of pain. It’s like the James Bond of hairless, buck-toothed mammals.

To add to their unique anatomy and physiology, a new study has found that when deprived of oxygen, naked mole-rats can survive for hours by metabolizing fructose – just like a plant.

When humans become oxygen starved, our brain cells run out of energy and begin to die. But the cells in the brain of a naked mole-rat begin to burn fructose. Burning fructose produces energy anaerobically (without oxygen) through a metabolic pathway what was previously thought to be used exclusively by plants.

Thomas Park, a professor of biological sciences at the University of Illinois at Chicago, led an international team of researchers in a new study of these fantastic little beasts.

The researchers exposed naked mole-rats to low oxygen conditions and discovered that they release large amounts of fructose into their bloodstream. Fructose was found to be transported into brain cells by molecular fructose pumps found only in the intestinal cells in other mammals.

“The naked mole-rat has simply rearranged some basic building-blocks of metabolism to make it super-tolerant to low oxygen conditions,” says Park, who has studied these creatures for the last 18 years.

The study found that naked mole-rats can survive for up to five hours at oxygen levels low enough to kill a human within minutes. They do this by going into a state of suspended animation, dramatically slowing their heartbeat and breathing rate to conserve energy. This discovery makes the naked mole-rate the only known mammal to use suspended animation in order to survive oxygen deprivation.

Further research also found that this species is able to avoid another deadly factor in low oxygen environments: the pulmonary edema – a buildup of fluid in the lungs that is a common cause of death in high altitude mountain climbers.

Looking back on these findings, the researchers believe that the naked mole-rat’s unique metabolism may be an adaptation for living in their low-oxygen burrows. These little creatures live underground in crowded conditions along with hundreds of members of their colony. Not surprisingly, this leads to a rather quick depletion in oxygen – making the naked mole-rat’s bizarre adaptions understandable yet fascinating.

Source: University of Illinois at Chicago