NASA research tells the life story of a flood • Earth.com 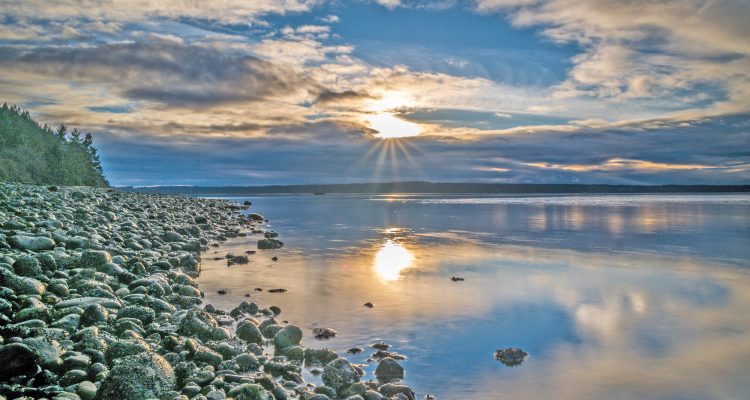 NASA research tells the life story of a flood

NASA has made history by releasing the first full analysis of the life cycle of a flood in the journal Geophysical Research Letters. The research, which focuses on a 2015 Texas flood, shows the impact on both land and ocean. The data was reported by NASA’s Soil Moisture Active Passive (SMAP) satellite and other satellite instruments. It followed the flood, starting with the rains that fell weeks before and ending with an unusually-shaped plume of freshwater that lingered in the Gulf of Mexico months later.

The flood occurred last May following record rainstorms and weeks of continuous rainfall in Texas. According to the National Weather Service, the 37.3 trillion gallons of water was enough to cover the whole state in 8 inches of water. The floods were responsible for 11 deaths and significant impacts on local and ocean ecology, as well as causing millions of dollars in damage.

“The sheer amount of water was shocking,” said co-author J.T. Reager of NASA.

SMAP measures soil moisture and sea levels. From these readings, the scientists learn how much freshwater has been added to the saltwater of the ocean.

This analysis revealed that eight Texas rivers drained huge volumes of water into the Gulf of Mexico at rates of up to 1,700 cubic feet per second. As the rain was falling on the already waterlogged terrain, the only place for it to go was downstream.

River waters carry pollutants into the ocean which can have a large impact on the ecology of the ocean. In extreme cases, the reactions create a dead zone which is an area so oxygen-starved that no living organism can survive there.

The Gulf of Mexico already has a large dead zone. Following the Texas flood, the dead zone increased by 28%, causing negative effects for both fish and the local economy.

The research team is set to dive deeper into the impacts in a follow-up study. They hope their research can help in creating predictive models for extreme weather situations. These, in turn, can assist ecologists and local communities in preparing for such weather.