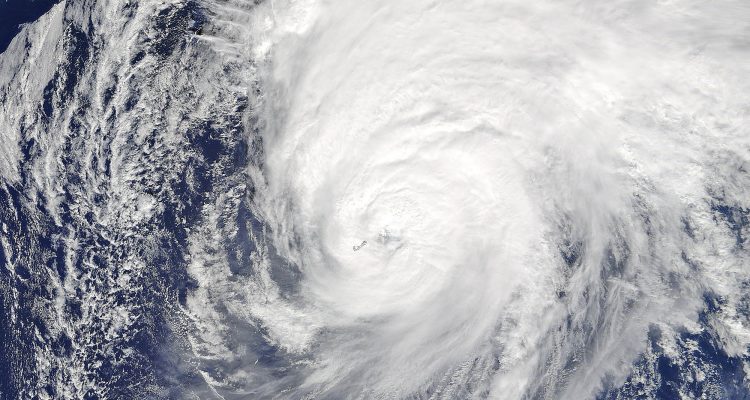 On Oct. 17, Hurricane Nicole has been active for almost two weeks. Nicole was still a hurricane when the GPM core observatory satellite flew over on October 17.

As GPM looked at the rainfall rates within the storm, the National Hurricane Center noted that Nicole is still having a widespread effect on ocean swells around the North Atlantic from the U.S. to Europe and Africa.

The Global Precipitation Measurement mission or core GPM satellite passed over Nicole in the North Atlantic Ocean on Oct. 17 at 12:36 a.m. EDT (0436 UTC). The GPM satellite analyzed the rainfall in Nicole’s large ragged eye. GPM’s Dual-Frequency Precipitation Radar (DPR) swath sliced through the center of Nicole’s eye and found some very heavy rainfall. A few strong storms in the southern side of the eye were dropping rain at a rate of over 113 mm (4.4 inches) per hour.

GPM’s radar (DPR KU band) data collected with this pass were used in a 3-D examination of storm top heights. GPM found that the most powerful storms in Nicole’s eye were reaching heights of only about 12 km (7.4 miles). GPM is a joint mission between NASA and the Japanese space agency JAXA.

The National Hurricane Center (NHC) said Nicole was moving toward the north-northeast near 9 mph (15 kph), and this general heading with a significant increase in forward speed is expected during the next couple of days. Maximum sustained winds are near 75 mph (120 kph) with higher gusts. Little change in strength is forecast during the next 48 hours. However, Nicole should lose its tropical characteristics by early Tuesday, Oct. 18.

Nicole is expected to continue producing hurricane force winds while moving northward over the cooler waters of the North Atlantic Ocean. NHC predicts that Nicole’s center will cool and transition to a strong extra-tropical cyclone on Oct. 18 as it heads toward Iceland.

Nicole has left a lasting impression on the ocean as swells from the storm are expected to affect a great deal of coastlines. The National Hurricane Center noted that “large swells associated with Nicole will affect the United States east coast, the coast of Atlantic Canada, Bermuda, the Bahamas, the Greater Antilles, the Leeward Islands, and the Azores islands for the next several days, creating dangerous surf conditions and rip currents. These swells are also likely to reach Europe and the northwest coast of Africa in a day or two.”