How native plants can be rescued from human development projects • Earth.com 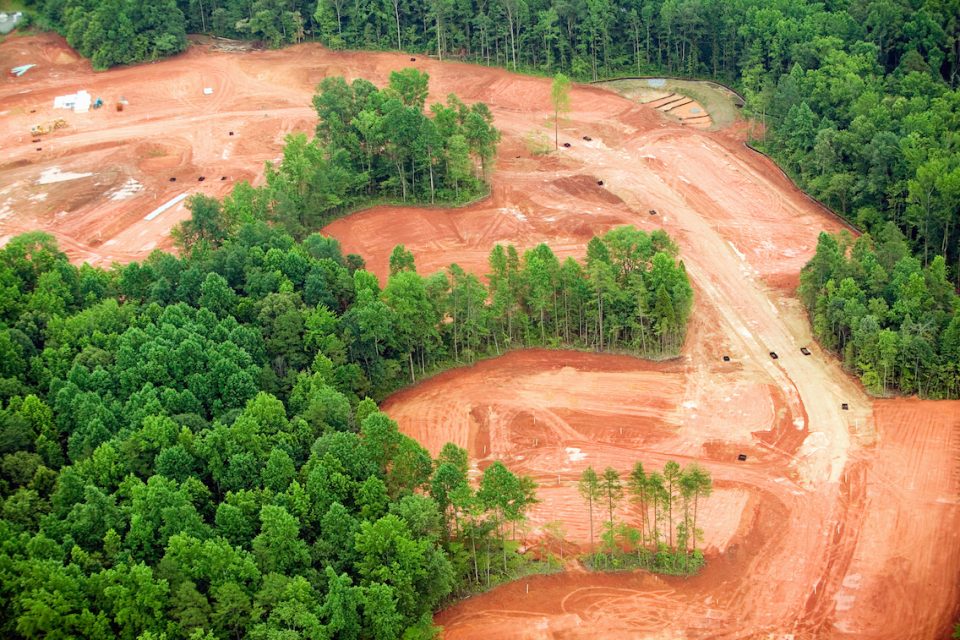 How native plants can be rescued from human development projects

When houses, shopping malls, or parking lots are built, often the land must first be cleared of the vegetation living there.  This is most obvious in forested areas where trees must be cleared to make room for buildings, roads and other human structures.

Less often do deserts come to mind when thinking of land clearing for development, but they offer a unique advantage. Often cacti and small bushes can be dug up and removed from the land alive to make way for development instead of killing them wholesale.  Obviously, even in arid environments, not all plants can be saved, and in forest environments it may be impossible to transplant adult trees but smaller plants might be rescued.

Several organizations promote this type of rescue as a part of natural gardening or appreciation and conservation of native plants.  However, there are some limitations to the practice.

The North American Native Plant Society (NANPS) sometimes schedules plant rescues, yet discourages people from thinking anything good comes from the development that such rescues are inevitably linked to.

“Plant rescues are a last resort to salvage a few vestiges of what is about to be destroyed,” the organization says. “They are not a panacea for development. The inter-relationships between plant communities and wildlife are thousands of years in development and cannot be re-created in our backyards merely by transplanting a few species. A plant rescue is not a triumph…it is an admission of failure to protect these habitats.”

Because of this, NANPS encourages people to only engage in plant rescue after conservation efforts have failed.

The first step is to talk to the developer.

So after you’ve taken adequate care and dug up the plants, what are you to do with them?

It’s not wise to transplant the plants into undisturbed environments.  Wild Ones, an organization promoting environmentally sound landscaping, suggests in their guidelines to native plant rescue, to use rescued plants in your own landscaping,

“We… have the privilege of taking these wonderful plants home to add to the beauty of our own landscaping, to appreciate their earthly purpose and to shelter them for future generations…”

Native plants provide an important habitat for insects, birds and other small animals.

Native plants may even help larger animals passing through urban environments.  Deer, moose and other large ungulates all move through neighborhoods depending on the region.  Coyotes, rabbits, frogs all are common urban and suburban animals. Native plants can help all of these animals and allow more migrations through developed areas more successful.  Saving plants and replanting them does recreate a flawed but still useful environment for some animals.

Unfortunately, most landscaping in the United States involved non-native plants.

This is most evident from sprawling golf courses in the desert to European trees lining streets.  According to The Audubon Society, lawns which are basically mono cultures lacking in much biodiversity cover more than 40 million acres of land in the US.  The Audubon Society also points out that native plants help combat climate change.

For the arid west, another important factor is that native plants require less water.

Xeriscaping is the practice of landscaping in a way that requires a minimum of water.  This can be done with native or non-native plants from similar dry environments. It’s very easy to do with native plants though because it takes a lot of the work out of it.  Native plants are adapted to the conditions of the local environment, normally the local precipitation is enough to keep native plants alive and you don’t have to wonder how your rain fall compares to that in Australia, for instance.

According to National Geographic, xeriscaping has become popular in the arid western US, with Denver Colorado being one of the first cities to encourage the practice.  The city of Novato, California offered residents incentives to take up xeriscaping and estimated that those who did saved an average of 120 gallons of water per day.  An added benefit to using native plants requiring no additional water is often less maintenance in general.

Without adding water to a garden of cactus, agave, yucca or desert juniper, you can expect less weeds to pop up as well.

Usually surrounding the plants with gravel or other nutrient lacking substrate is enough to stop most weeds from growing in hot and dry environments.  Along with no weeds is no mowing, no expanses of grass means you don’t need to constantly mow the lawn to keep things looking nice. The most important part of using native plants comes back to habitat.

When native plants are cleared from land for development, they mostly die and are replaced with asphalt, concrete, buildings and grass.  Along with the native plants go the pollinators – bees, butterflies, hummingbirds, bats – that depend on them for food.  The caterpillars that ate from the plants before growing into butterflies go along with the destruction of plants. There aren’t seeds for birds and squirrels.

By rescuing plants from development or buying native plants and putting them on your own land, you can create a small pocket of habitat for wildlife.  It’s even possible to have your tiny habitat certified as such. The National Wildlife Federation offers certifications for wildlife habitat in parks, yards and other places.  The application fee for the certification goes to planting trees. We can’t always save an entire landscape from destruction, but perhaps we can start inviting more plants and animals into our own personal landscapes.