The hidden impacts of natural disasters on ecosystems • Earth.com 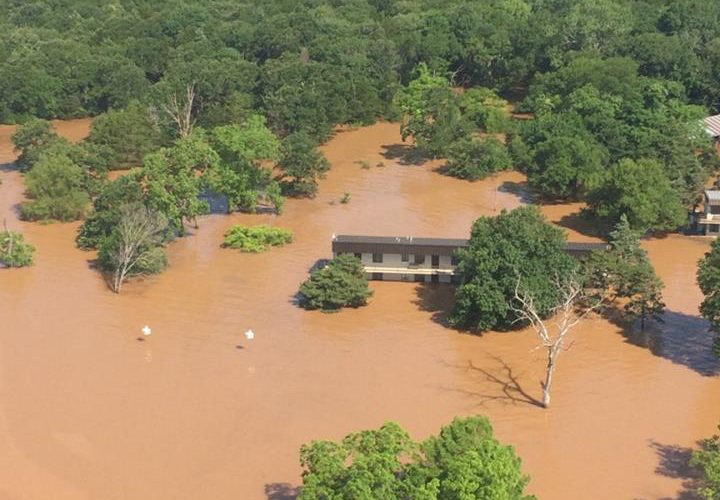 The hidden impacts of natural disasters on ecosystems

Major flooding from natural disasters takes a huge toll on an environment that can take years to fully recover from. Water damage can destroy buildings, homes, and infrastructure but flooding also disrupts vital ecosystems.

Researchers from the University of Oklahoma and Cameron University happened upon a unique opportunity to study the impacts of a 100-year flood on invertebrate species such as spiders, ants, and millipedes.

The researchers were set to examine invertebrates before and after a controlled burning event in 2015, but in June of that year record rainfall and subsequent flooding devastated parts of Oklahoma.

Because the researchers had already sampled insect species in the area, it was easy enough to study the after-effects of the flood on the insect community, which gave the researchers insight into how natural disasters can disrupt ecosystems and species.

The study was published in the journal Environmental Entomology and shows the hidden impacts of natural disasters.

The researchers found drastic decreases in abundance, biomass, and species presence in the months after the flood. There was very little species diversity compared to the data recorded before the flood.

“I will never forget picking up the traps, and it just seemed like every trap had one cricket and one spider,” said Karl A. Roeder, the lead researcher of the study. “The area had transitioned from a diverse insect community to a large expanse of crickets and spiders. We were pretty surprised at how similar everything was.”

Many species were not even recorded or present after the flood occurred. For example, only three of the 14 ant species sampled pre-flood were found afterward.

This decline in biodiversity and populations puts an added strain on prey who would typically thrive on abundant species of invertebrates.

The study illustrates the importance of understanding the full impact that natural disasters have on the ecosystem and species as well as urban areas.

Exactly how long it will take species and communities to recover after a major event and if certain species are more able to adapt to huge changes are important questions that need to be thoroughly considered, according to the researchers.

“As these weather events can perturb natural communities in very dramatic ways, it will be important to understand which organisms are likely to persist or at least able to recolonize areas quickly,” said Karl. “If such species are unable to perform functions of the displaced individuals–such as soil cycling, decomposition, or pollination–ecosystems may have trouble returning to their previous states.