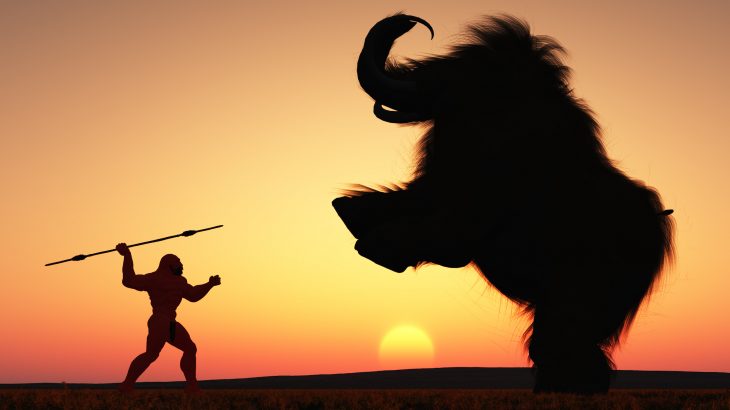 Depicted as brutish, clumsy, dumb, and gone before they could say otherwise, Neanderthals have often been labeled as inferior to Homo sapiens and seen as a primitive distant cousin.

But recently, more and more evidence has emerged showing that in actuality, Neanderthals were much more intelligent, caring and adaptable than they have been given credit for.

Scientists have even excavated tools made by Neanderthals proving our distant ancestor was not only extremely capable but possessed sophisticated skills.

Now, new research has discovered why Neanderthals were able to master such skills even though they were thought to possess limited dexterity.

Researchers from the University of Tübingen in Germany recently conducted a study to better understand how Neanderthals used their hands.

Previously it was assumed that because Neanderthals were stockier with thicker bones compared to early humans, they were not able to control their grip or hand motions as easily.

Neanderthals were thought to use the “power grip,” or the whole fist to grasp and hold things, rather than the “precision grip,” which is holding things between the thumb and finger.

To see if this was the case for Neanderthals, the researchers examined the bones of six Neanderthals and six early modern humans.

More specifically, the researchers focused on the enthesis, the raised areas of the bone where the muscles were attached on the hand.

3D scanning allowed the researchers to measure the surface area of the different enthesis.

Because precision and power grips use different muscles, the researchers analyzed the enthesis surface area to see if there was evidence that the Neanderthals used the precision grip muscles.

The researchers discovered that Neanderthals were able to hold objects between their finger and thumb and used the precision grip most of the time.

Early modern humans, on the other hand, used both their fist and fingers to grasp and manipulate objects, and some of the bones studied indicated that the early humans preferred or used one over the over.

“Our study reconciles the archaeological with the anatomical fossil evidence,” Katerina Harvati, an author of the study told New Scientist. “It was previously proposed that Neanderthals relied on force for their manual activities, [but this perception] was at odds with mounting archaeological evidence for the sophisticated cultural behavior of Neanderthals.”